Steph Evans is out to change the way people look at engineering — and at engineers. 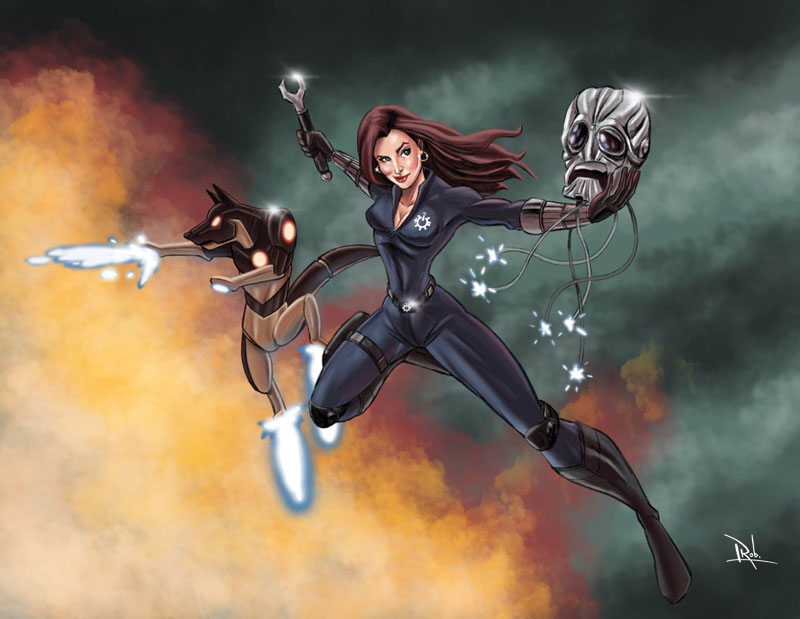 By day, this STEM superhero works as an electrical test engineer at Space Systems Loral in Palo Alto, Calif. But by night and on weekends, Evans, AE’12, devotes hours researching, writing, filming and producing educational videos for her YouTube channel, The STEMulus. Check it out at rol.la/STEMulus.

“Overall, I just want to be the visible female STEM role model that I lacked growing up — not because they weren’t out there, but because I just had no idea they existed.”

Evans started the channel last February and in just over a year, has gained over 600 followers. In a typical week, she’ll spend 20 to 30 hours creating weekly commentary on the latest science and technology news — a feature she calls This Week in STEM, or TWISTEM — as well as occasional video blogs about her life and interests in space and space-related topics. “It keeps me up a lot of nights, but it’s also a lot of fun,” she says.

Growing up in Mascoutah, Ill., Evans dreamed of becoming an astronaut. “I always loved space, but it wasn’t until high school that I heard the term ‘aerospace engineer,’ and that was when everything kind of clicked into place for me,” she says.

“Quite frankly, when I look back on my life, the fact that I pursued engineering at all is a surprise,” she says. “The resources just weren’t there. I had my parents (both are high school teachers), who told me I could be whatever I wanted to be, and they made sure I had whatever books I wanted to read and science experiments I wanted to do, but there were no outreach programs or science clubs when I was younger.”

Evans wants to share her STEM passion with other young women.

“Overall, I just want to be the visible female STEM role model that I lacked growing up — not because they weren’t out there, but because I just had no idea they existed,” she says. “I hope that if there’s a little girl out there that is the ‘weird’ kid who is interested in science like I was, she might watch The STEMulus and see someone just like her and not be afraid to pursue her interests.”