Running his own race

When 400-meter hurdler Chayce Boyce steps up to the starting line during a track meet, he’s not thinking about the spectators in the stands or even the runners he is competing against. He’s focused only on running his own race. 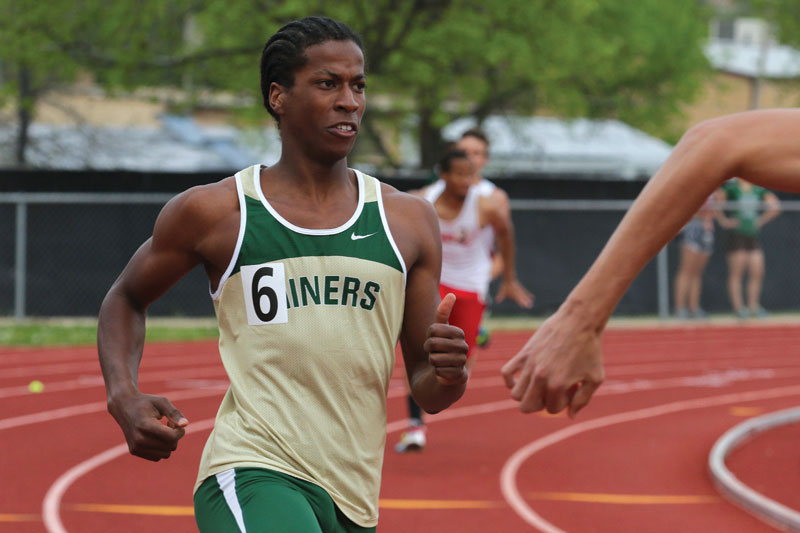 “Just run your race; don’t focus on anyone else.” That mental mantra has gotten him through countless races. But Boyce says it’s not all a mental game — it’s a game of repetition.

“Repetition cuts down on errors,” says Boyce, a junior in engineering management from De Soto, Mo. “Depending on the hurdles, you can lose a race by one misstep, so I practice a lot to develop my technique.”

Boyce began running hurdles because his high school coach thought he might be good at it.

“My coach just kind of threw me in it because I was built for hurdles,” he says. “I was reluctant, but I discovered I was good at it and slowly I liked it more. I loved it even more when I won my first hurdling race.”

And even though it’s hard work to improve and compete, Boyce says running track and hurdling offers him more than just physical fitness.

“Running around and being around the team gives me an outlet outside of the day-in and day-out rigors of schoolwork,” he says. “It’s relaxing and helps me to stay on top of things because it forces me to budget my time.”

Though running is an individual sport, Boyce loves being on the team and working on teams in general.

“Not one person on a team is the same,” he says. “It’s interesting to hear other views and learn about my teammates’ past to find a way to adapt and work with them best.”

As much as he enjoys teamwork, Boyce is still focused on running his own race.

“After graduation, I want to do something that gratifies me and that I feel is important,” he says. “I’m going to work wherever my degree takes me and I’m only focusing on reaching my own goals. I have to focus on me and what I want out of life.”