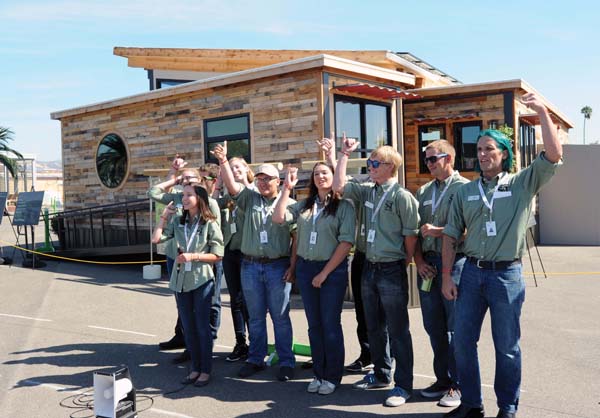 S&T’s Solar House Design Team placed fifth in the 2015 U.S. Department of Energy Solar Decathlon, held Oct. 8-18 in Irvine, Calif. This was the team’s sixth competition and its highest score yet. S&T’s entry, called the Nest Home, was built from three repurposed shipping containers covered with siding made from pallet lumber. It gets its name from the practice of birds that build nests using natural materials. The house was judged in 10 categories, including marketability and architecture.