S&T grad is off and running 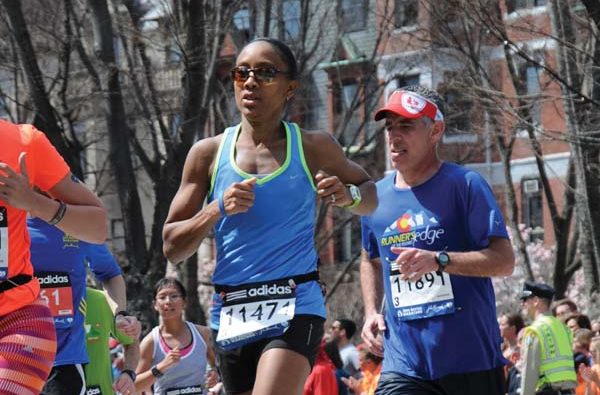 Tyronna Johnson’s passion for running has taken her across the U.S. and around the world, from New York to Chicago and London to Tokyo. Johnson, ChE’90, races in the Abbot World Marathon Majors series that takes place in big cities around the world.

“I love that running is somewhat of an ageless sport,” she says. “I continue to improve upon my marathon times 14 years after my first marathon.”