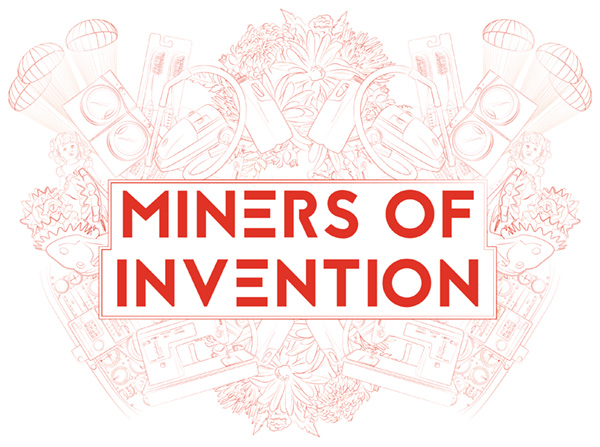 The next time you pour a glass of milk, buy a toothbrush or fill your gas tank, thank a Miner. There’s a good chance that a fellow graduate invented something that keeps your milk fresh, your toothbrush packaging streamlined or your fuel from spilling onto the pavement.

Whether tinkering in their garages or testing products in labs, our inventive alumni seek new ways to fix old problems.

Some are prolific at patents. Dan Scott, MetE’70, holds 105 of them and has 55 pending, all for products and processes related to oil and gas extraction. Lawson G. Wideman, ChE’66, MS Chem’67, holds 159 patents related to resins and polymers. Joseph Straeter, PetE’83, holds over 500 patents, all related to the floral business.

Sometimes a single invention can make a big difference. Among the three patents held by Anna (Sell) Kelley, ME’10, is one that could save lives; it’s for a pediatric head positioner used during surgery.

A legacy of innovation

Some of our earliest graduates possessed this inventive streak. Daniel Jackling, MetE 1892, founded Utah Copper Co. in 1903 — just in time to produce copper wiring for electrification of the U.S. He recovered copper “so cheaply,” notes the Mining Hall of Fame, “it was hailed throughout the industry as a revolutionary achievement.” Others, like Mervyn J. Kelly, Chem 1914, took their skills to the lab — and in Kelly’s case, to AT&T Bell Laboratories, an R&D hotbed he presided over from 1951 through 1959.

That legacy continues today at Missouri S&T, where researchers parlay their intellectual endeavors into marketable products and services. One notable example is that of Delbert E. Day, CerE’58, Curators’ Professor emeritus of ceramic engineering. While at S&T, Day invented glass beads that are now used to treat liver cancer. His further work with bioactive glasses led him to spin off a company, MO-SCI. Day holds more than 50 U.S. and foreign patents and was named one of Missouri S&T’s first Alumni of Influence.

The university embraces a culture of tinkering and experimentation that has led our alumni on the path to innovation. “We are a university that focuses on solving real-world problems and that balances the pursuit of science with the practical application of those ideas,” says Keith Strassner, Chem’79, director of technology transfer and economic development.

Strassner and his team also help move ideas from campus labs to the marketplace. They help startups protect their intellectual property, put together financing and find needed support, such as office and conference space. S&T’s Technology Development Center, which Strassner and his team manage, is home to “20 businesses small and large that work as a community to support the growth of new ideas.”

Maybe one of those companies will come up with the next big breakthrough. For now, read on to learn about past and present Miners of invention.