History in the making: Larry Gragg on chronicling the S&T story 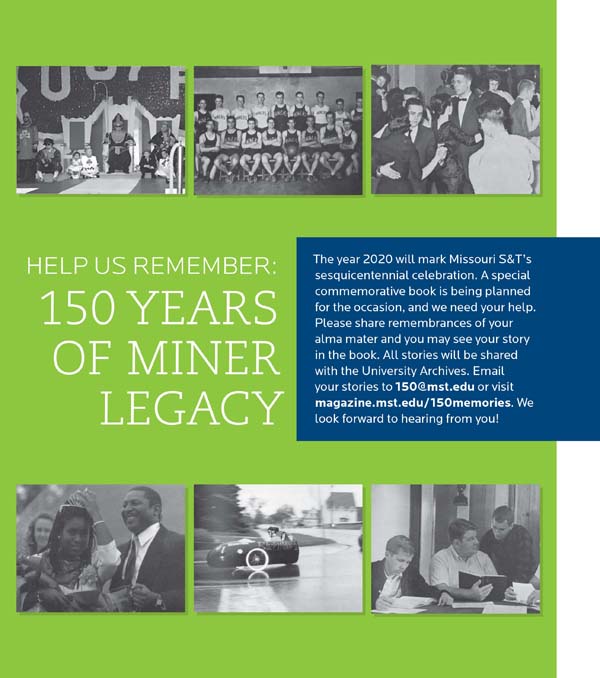 In 2020, Missouri S&T will celebrate the 150th anniversary of its founding as the Missouri School of Mines and Metallurgy. Among the many activities and projects planned to commemorate the sesquicentennial is a new history book of the university. Larry Gragg, Curators’ Teaching Professor of history, is writing the book and is seeking submissions from alumni about their experiences on campus through the years. We asked him about the project. 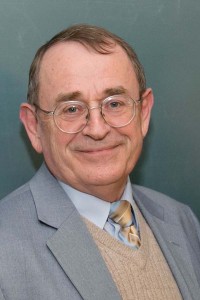 Attempting to capture the 150-year history of this university in a single, coffee table-style volume is an ambitious project. Why did you decide to take it on?

First, I have lived much of it! This is my 39th year at S&T. Also, I served four years as the campus, archivist and became fascinated with the rich source material available for a history of the campus. Moreover, the development of MSM/UMR/S&T mirrors so much of what was happening in America generally. This is an opportunity to look at modern American history from a local perspective.

What excites you most about writing this book?

We have had three histories of the campus, and they all are helpful in understanding the institution’s development. The last, written by Lawrence Christensen and Jack Ridley, is by far the best, but they published their book in 1983 and much has happened in the intervening three decades. I have an opportunity to build upon these books and, in particular, discuss the evolution of UMR into S&T and what that has meant for the visibility of the campus.

You’ve mentioned that you want to incorporate stories or recollections from alumni in this book. What types of stories are you looking for, and how do you plan to use them?

The best histories combine archival material along with oral histories. The latter provide the rich detail that enlivens an account of an institution. I am hopeful that alumni will send recollections of their best of times as well as their challenges, their recollections from the classroom and labs, the friendships they developed, their extracurricular activities and the impact that their time on campus had on their careers. I especially hope that they will send their recollections of a faculty member or someone on the staff who had a great impact on their success.

From your perspective as a historian, what are the most significant periods of this university over its nearly 150-year history?

What do you hope alumni and other readers will get out of reading this book?

I hope that they will have a better appreciation for the extraordinary quality of the institution. It truly has become one of the premier universities in the nation.

We know that historians are used to looking back, but we want you to look forward, so fast-forward to 2170 — the 300th anniversary of Missouri S&T. What will our university be like then?

Predicting the future is always a fool’s errand, but I often have been labeled a fool so let me suggest that the university in 2170 will be one that will embrace new extraordinary technologies. However, if its leadership is wise it will still understand that the most important thing that its faculty can do is to have a strong personal connection with its students. In higher education we have learned through many studies that, regardless of the pedagogy employed, the most important element in a student’s success is to have a significant connection with one or more faculty members.

To submit your memories and photos for the Missouri S&T history book project, email 150@mst.edu.