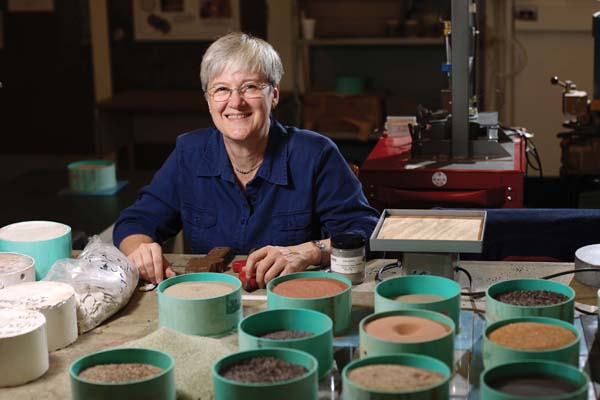 Leslie Gertsch is baking asteroids in search of an interstellar water source that could one day lead to industrialized space travel.

Using a vacuum chamber that simulates the conditions of space, Gertsch, an associate professor of geological engineering at Missouri S&T, heats near-Earth objects (NEOs) like asteroids and comets, and then measures and analyzes the gases they release.

“Some NEOs contain up to 22 percent water locked within minerals,” she says. “Our job is to predict how much water we can actually get out of them in space.”

One of the processes, called in-situ resource utilization, involves collecting resources from NEOs, the moon or Mars, and converting them into useful things like spacecraft fuels and propellants, Gertsch says.

The ability to use resources found in outer space could reduce payload needs and boost planetary exploration, Gertsch says. “This work could change the way we view space travel.” 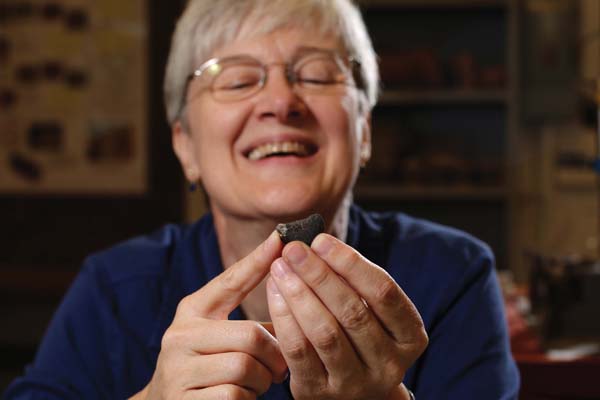