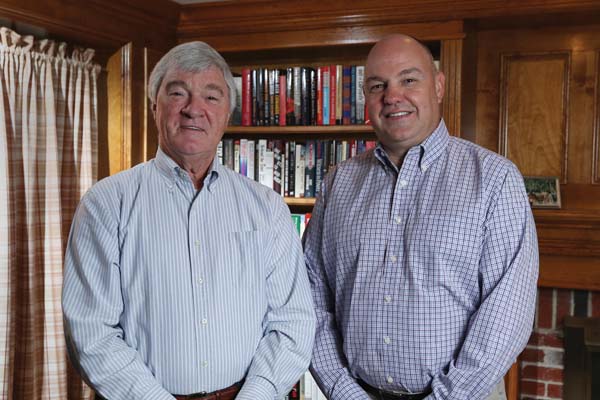 Dan Amsden, MS EMgt’75, and Kevin Fritzmeyer, EMgt’85, believe every student needs a sounding board — someone who is there to bounce around the big questions about life beyond college. For the past six years, they’ve given S&T students that perspective through a mentoring program sponsored by the Academy of Engineering Management.

“We do something different from academic advisors and professors,” says Fritzmeyer. “Most of our interaction with students is about career and workplace issues.”

Amsden has mentored seven students, including three he currently advises. His own early career experiences heightened his awareness of the need for mentors.

“I earned my undergraduate degree in electrical engineering from the University of Missouri-Columbia,” says Amsden. “When I went to work, I had no idea what I was getting into. Most engineering students don’t realize that a very small percentage of their time at work will be spent on technical issues. Most of their time will be spent on business and communication issues.”

“We assumed most students seeking mentors would be juniors and seniors, but we have a number of freshmen and sophomores,” says Amsden, who retired last year as president of Automation Alliance Group and remains in contact with students he mentored. “Our goal is to be responsive to the needs of students rather than guide them in any specific direction. Sometimes they ask for help with resumés, and other times it’s just a candid conversation about what the work world is like.”

Fritzmeyer says mentoring can help students bridge two worlds. “I grew up in a small town where my biggest relationships were with my math and science teachers,” says the former executive with St. Louis-based private equity group Cameron Holdings, who now is co-owner and CEO of a packaging inspection company headquartered in Dallas. “I was a rural kid who came to college with no idea about the business world.”

His son, Jeff Fritzmeyer, EMgt’14, ME’14, who now works for Anheuser- Busch Inbev, benefited from a double dose of mentoring. His academy mentor was Boeing executive and S&T adjunct professor John Bade, EMgt’85, MS EMgt’87, PhD EMgt’98. But, as his father admits, “He also got plenty of mentoring from me.” <

Dan Amsden (left) and Kevin Fritzmeyer are mentoring S&T students through the Academy of Engineering Management.