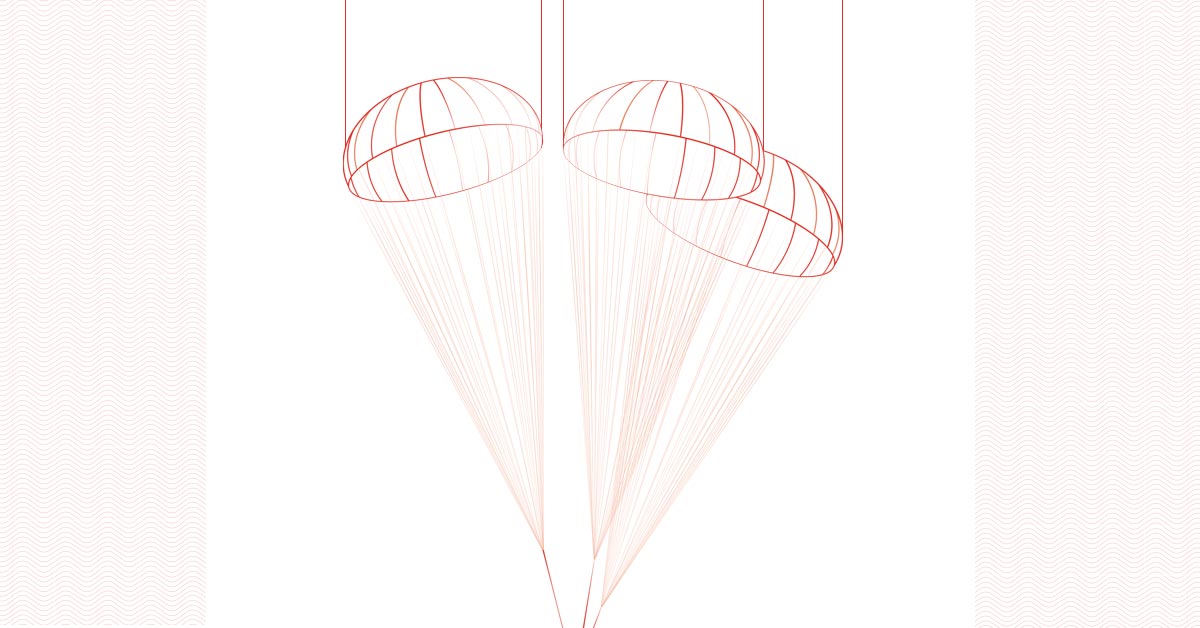 When designing parachutes, engineers need to include attachments that are both strong and easily packed into small and sometimes awkward spaces, says Julie Martin, AE’07.

Martin was working on a joint project for the U.S. Navy and NASA to design the parachute system for the Orion capsule when she discovered the need for a better fingertrap loop.

“Fingertraps are one way we create attachment points in many types of parachutes,” Martin says. “However, they tend to have inherent weak spots where the outer cord necks down past the inner cord. By creating a fingertrap loop that eliminates the neck-down problem, we were able to gain strength in the attachment that would have failed under normal conditions.”

“Sometimes the solution to a big problem is right in front of you,” Martin says. “For me it was just a simple modification to a very old manufacturing technique.”