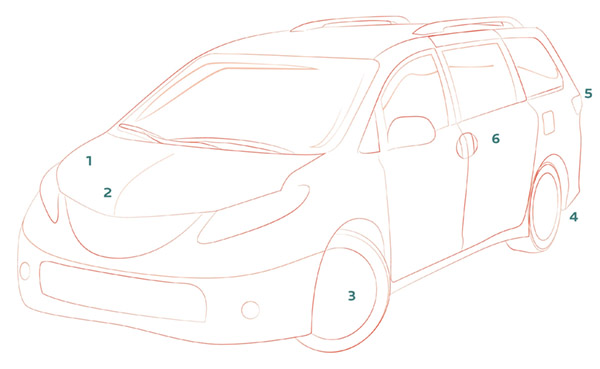 The Center for Automotive Research estimates that 3 to 5 percent of all patents granted in the U.S. are awarded to the auto industry, with as many as 5,000 patents awarded every year. Miner alumni are responsible for several of those. Here are a few examples.

Robert Barr, EE’65, patented a lighting system for vehicle-mounted bicycle racks that syncs with turn, brake and flasher signals and provides a spot to illuminate the license plate.

Michael Weiland, ME’94, holds a patent for a minivan suspension that accommodates a wheelchair lift ramp while preserving the handling characteristics of an un-modified van.

Steven Thiele, ME’96, holds 25 patents that include pinch sensors, covers and housing for minivan sliding doors.