Jack Wright: a golden year for the Arch 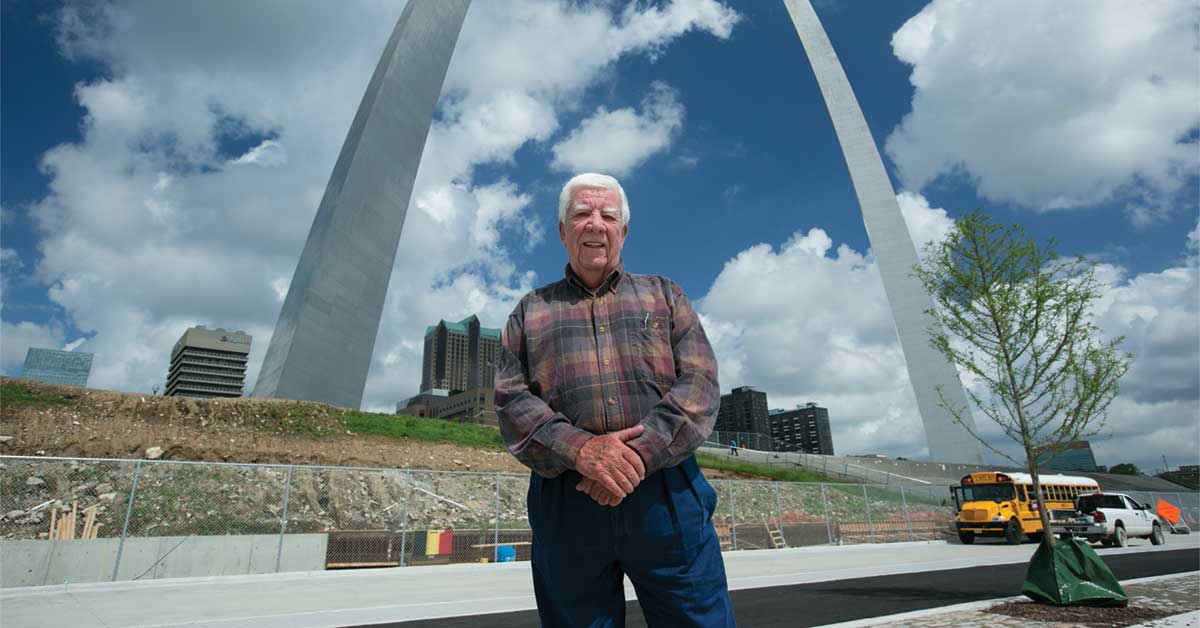 Fifty years ago this October, the St. Louis skyline was changed forever by the construction of the Gateway Arch, built as a monument to U.S. westward expansion.

The 630-foot-tall Arch is made up of 142 double-walled triangular sections that are covered in quarter-inch-thick stainless steel. The keystone triangular section that connects the north and south legs was put into place on Oct. 28, 1965. It opened to the public in June 1967.

Fresh out of school, Wright worked on surveying and helped ensure quality control throughout the project. He says that the $13 million project was not just a job, it was a learning experience for everyone involved.

“There was an overarching schedule,” Wright says. “But, anytime you have a one-of-a-kind project, you schedule the best you can and you learn things as the project evolves. There’s no template or past work that you can use to help you with a project like this.”

Wright says everyone working on the project knew the Arch was special, but its significance wasn’t clear.

“In that time, we were just happy to have jobs,” he says. “It wasn’t just another project, but I don’t think the workforce viewed it as the celebrity it’s become.”

Wright is proud of his work on the Arch, and he visits every year — on Builders’ Day, which will be held on
Oct. 28 this year.

“Once a year, everyone who worked on the Arch gets together to reminisce and we sign posters and talk with people,” Wright says. “I feel like a rock star when I get to sign them.”