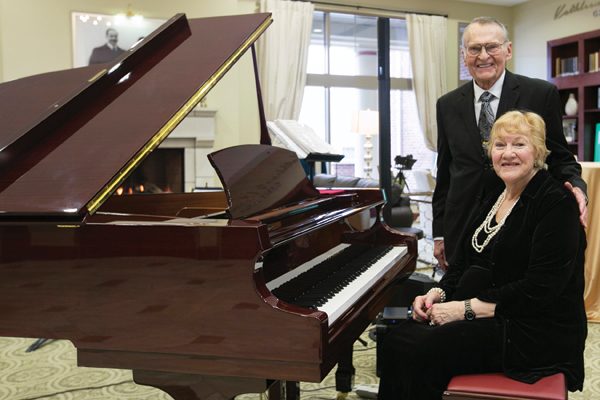 Bill, PetE’53, and June Patterson provided the baby grand piano in Hasselmann Alumni House, among other gifts to the Miner Alumni Association.

From its groundbreaking on April 23, 2010, to the grand opening in March 2015, Hasselmann Alumni House was conceived and built thanks to the support from our alumni — some 57,000 strong — and from friends who know what an asset Missouri S&T is to our region, our nation, our world.

The 12,500-square-foot alumni house built in the modern traditional style cost $3.85 million. But filling the house with all the essentials required a special campaign, and that’s where the gift registry came in.

Modeled after a wedding or baby registry, the registry campaign raised over $40,000, in increments from $25 to $15,000. From tables and place settings to wine and water glasses, from tablecloths and napkins to arm chairs and couches, the registry brought out the best in our Miner family.

Bill Patterson, PetE’53, lives in Texas and doesn’t get to the Missouri S&T campus very often, but a part of him will remain. Patterson heeded the call to provide items that will help make Hasselmann Alumni House a working home on campus. He and his wife made gifts for the William and June Patterson baby grand piano and two chairs — and he didn’t have to think too long about whether to give. They also made a gift that named an office through a separate campaign.

“I guess you might call it a combination of financial ability to reach those items, plus some connection to the school,” Patterson said. “It kind of rang a bell from my own experience.” 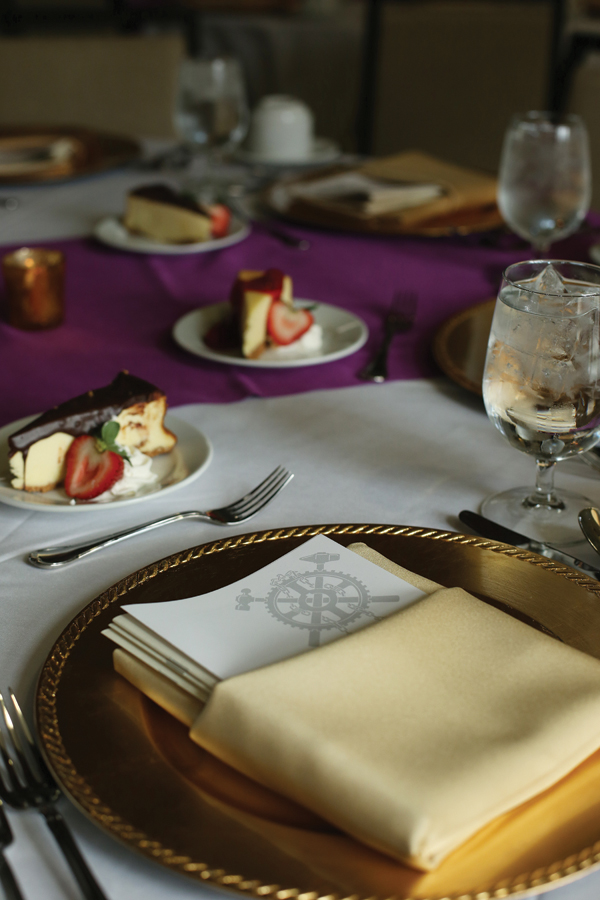 The same can be said for the dozens of other alumni from across the country who helped fill the house with items on the gift registry.

Tom Feger, CE’69, Lincolnland Section officer and a former alumni board member, made a gift that furnished a TV, an arm chair, a coffee table and beer mugs. “I figure when I come back I can sit down, turn on the TV and have a cold drink while I watch,” he says.

Seeing the house in person during the dedication was a revelation, Feger says. “I’d seen renderings and drawings … but it’s a lot bigger than you realize. It’s really impressive,” he says. “Hopefully it’ll draw some people back in for more events. To me, it’s a great focal point between campus and downtown Rolla.”

For Patterson, buying gifts for Hasselmann Alumni House has brought him full circle, back to Rolla and back to Missouri S&T. He was the first in his family to go to college, and he picked his major because from an early age petroleum was in the blood. His father, William Keaton Patterson, was an oil rig driller, and Patterson wanted to make his dad proud. His education at Missouri S&T launched a 38-year career in exploration and production with Shell Oil Co.

He speaks for many proud alumni: “I appreciate everything the education allowed me to do,” he says.