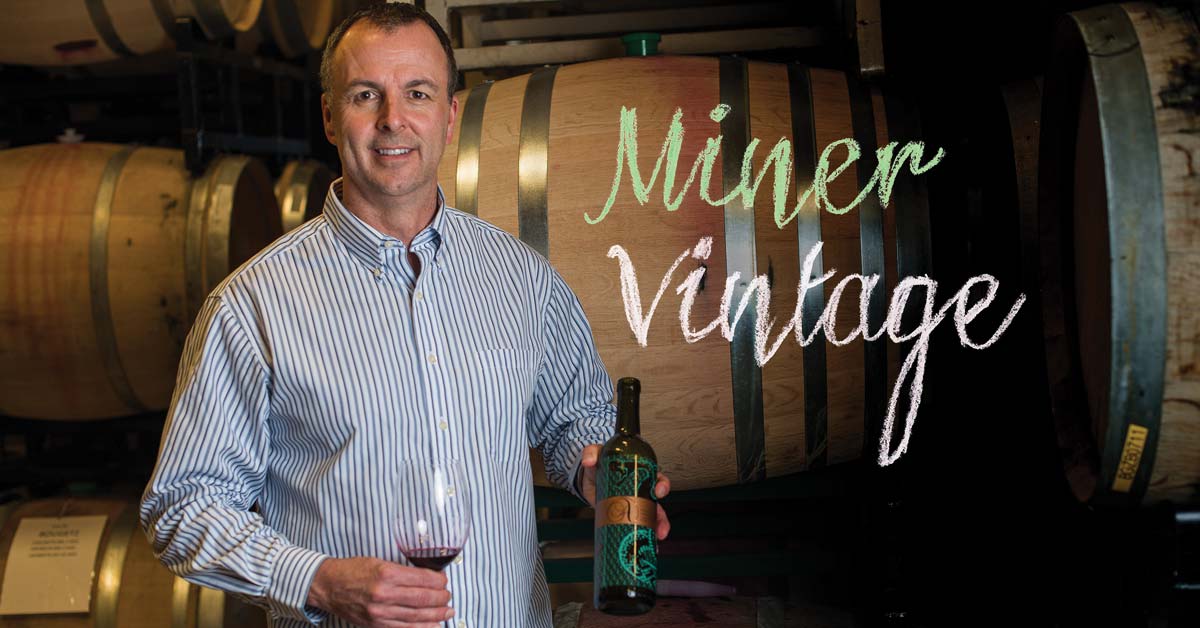 Chad Angelo, EMgt’87, is a systems engineer with Boeing, but he also operates Angelo Cellars, a Napa, Calif., winery that specializes in red wines. Photo by Bryan Gray Photography

California’s Napa Valley is home to over 400 wineries that specialize in everything from merlot to chardonnay. Chad Angelo, EMgt’87, a systems engineer with the Boeing Co. in Colorado Springs, Colo., owns one of those wineries.

Founded in 2005, Angelo Cellars focuses on red wines like cabernet sauvignon and zinfandel.

Trips to Missouri’s St. James Winery piqued Angelo’s interest in wines and winemaking 20 years ago, when he was still a student at Missouri S&T.

“I liked wine and winemaking because it was so different from the methodical exactness of engineering,” Angelo says. “Winemaking is chemistry, but also art.

“Grapes from the same vineyard might taste different,” he says. “You have to let your taste buds be your guide, and then winemaking and blending becomes an art.”

Since founding Angelo Cellars nearly 10 years ago, he has handcrafted every wine the company distributes.

Though each wine is different, Angelo has a well-honed winemaking process.

“In April, the grapes start coming alive,” he says. “By September or October of the same year, I have purchased my grapes from a vineyard and they are crushed and in the barrel by December.”

Throughout the next 18 months, or longer, the wine only leaves the barrel during periodic barrel cleanings. From the vine to the bottle, each wine takes two to three years.

But Angelo says he gets more satisfaction out of seeing his wine listed on a restaurant menu.

“When you go to a high-end restaurant and see your wine listed next to wines that have been coming out of Napa for 20 or 30 years, it’s really gratifying,” he says.