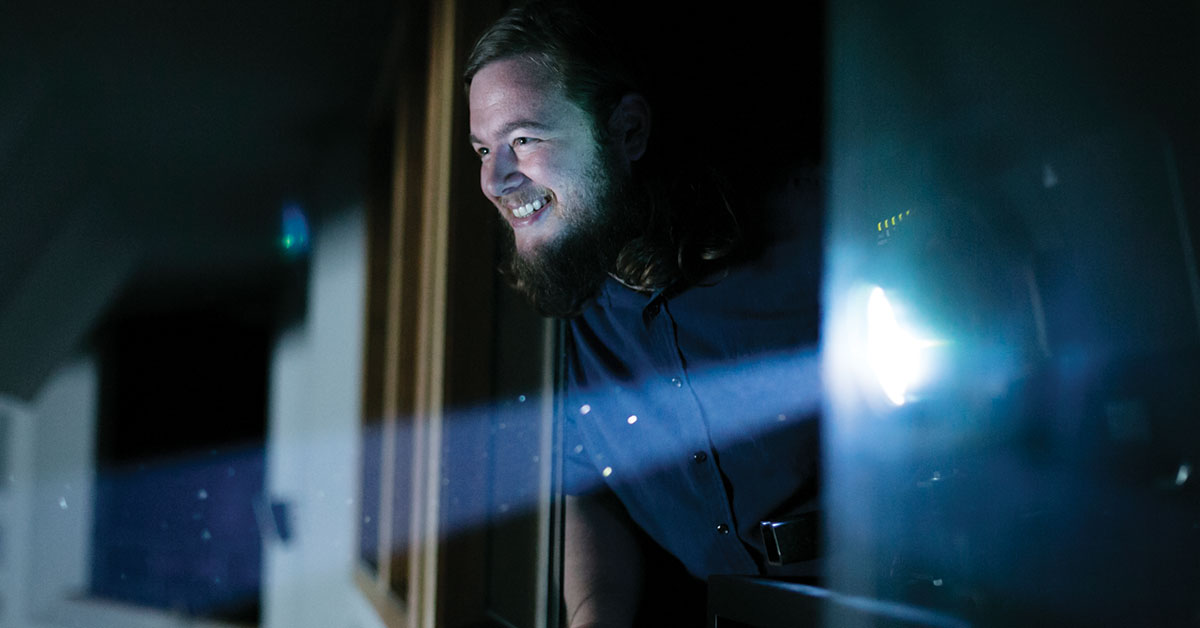 Max Tohline came to Missouri S&T from Madeira, Ohio, in 2002 with a plan to study aerospace engineering. But an elective course in film caused his true passion to take flight.

“I always had an interest in film,” says Tohline, Engl’07. So he enrolled in Study of Film, a course taught at that time by James Bogan, Curators’ Teaching Professor emeritus of art history and film.

“Jim took this little spark of interest in film and turned it into a projector beam on full blast,” Tohline says.

It began during the first day of class. “He asked us what our favorite movie was,” Tohline recalls, “and someone said The Graduate. And I scoffed.” Bogan heard it and, according to Tohline, replied, “I hope that was a scoff for everybody who hasn’t seen the movie.”

These days, Tohline is trying to help current students take a different perspective on life by having them watch and analyze movies. A lecturer in arts, languages and philosophy, he teaches the same course Bogan taught him — and countless other students for more than four decades.

The course attracts a wide array of majors, as it did during Tohline’s student days. Students may enroll because of their fondness for film, but there’s more to the course than weekly movies. Tohline uses the issues raised by the films he shows as entrées into serious philosophical discussions.

“In many disciplines, we are learning how to find the answers to questions that have been around for a long time,” Tohline says. “The right answer is already known. It’s in the back of the book.

“But if we want our graduates to take the lead in the future,” he adds, “they’ll need to come up with questions that have never been asked. That’s how innovation happens.”

That brainstorming happens at the end of each Tuesday night movie. After the credits roll, Tohline and the 50 or so students enrolled in his course hang around to discuss the questions posed by that evening’s flick.

“I like to think of it as a questions laboratory, where we ask, ‘How can I push myself to think a thought that I’ve never had before?’ Thought-provoking films are a great way to do that,” Tohline says.