Whipping up a custom career 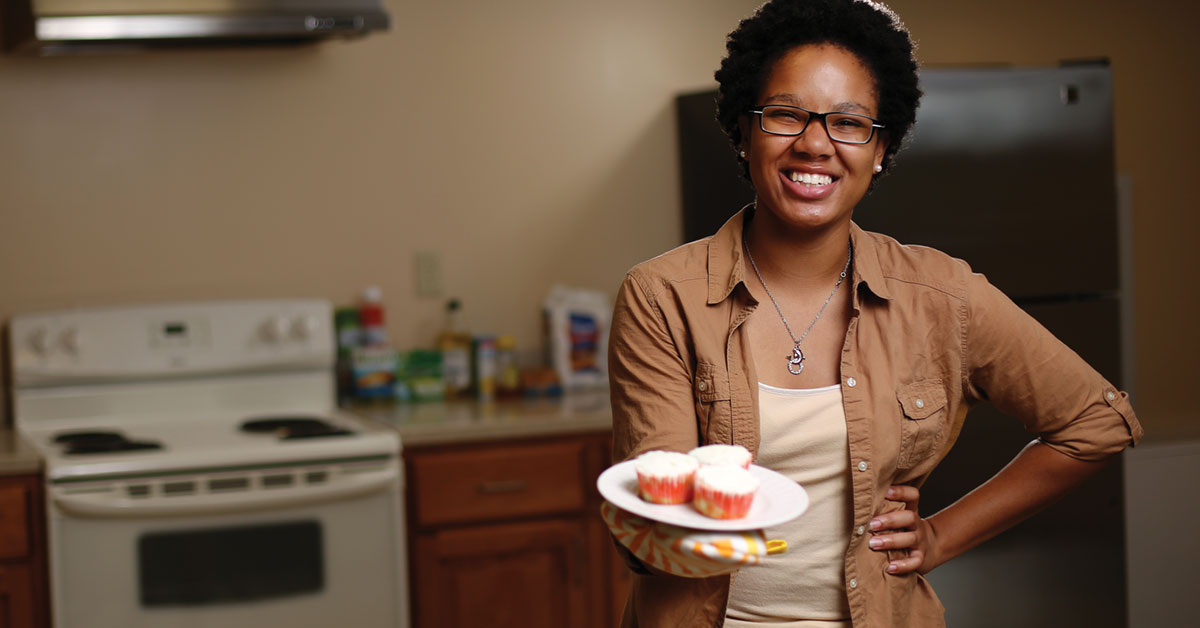 Darian Johnson with cupcakes she made for her fellow summer camp counselors at Missouri S&T.

Food Network aficionado Darian Johnson always wanted to be a chef. In high school she also discovered an affinity for chemistry.

“I thought, ‘I like chemistry and I like food. What can I do with this?’” she says. “So I applied to all the food science-y schools.”

Of course, Missouri S&T was not one of them.

“My plan was to go to the University of Tennessee at Knoxville to study food science. My twin brother was going to UT-Martin. I thought it was perfect; we could be together!” says Johnson, a junior in chemical engineering from Kansas City, Mo. “But then I thought about my mom — she only has two kids and he’s going away to Martin. I just couldn’t leave her.”

Then her best friend from high school came to Missouri S&T and told Johnson, “I love it here, but there’s just one problem: You’re missing.”

A Missouri S&T representative who visited Johnson’s school during a college fair also encouraged her to give Rolla a try. “He said, ‘I’ve seen your test scores. You should really think about engineering,’” says Johnson. He suggested she study chemical engineering, supplemented with some online food science courses.

Johnson visited campus for a Pre-College Initiative program. “After meeting students and seeing campus I thought, ‘I might actually like this place,’” she says.

But when Johnson arrived as a freshman, she didn’t participate in anything outside of class. She also ignored numerous emails inviting her to meet potential mentors, she says.

Today, she mentors others through the student diversity program, during Opening Week, and as a student success coach at the Burns & McDonnell Student Success Center. Johnson is also the new president of the Association for Black Students and is active in Phi Sigma Phi national honor fraternity.

She’s also networked with people in the food science industry and is researching online courses. “I would like to work in product development,” she says. “I want to make new food products that are more tasty, healthy and cost effective.”