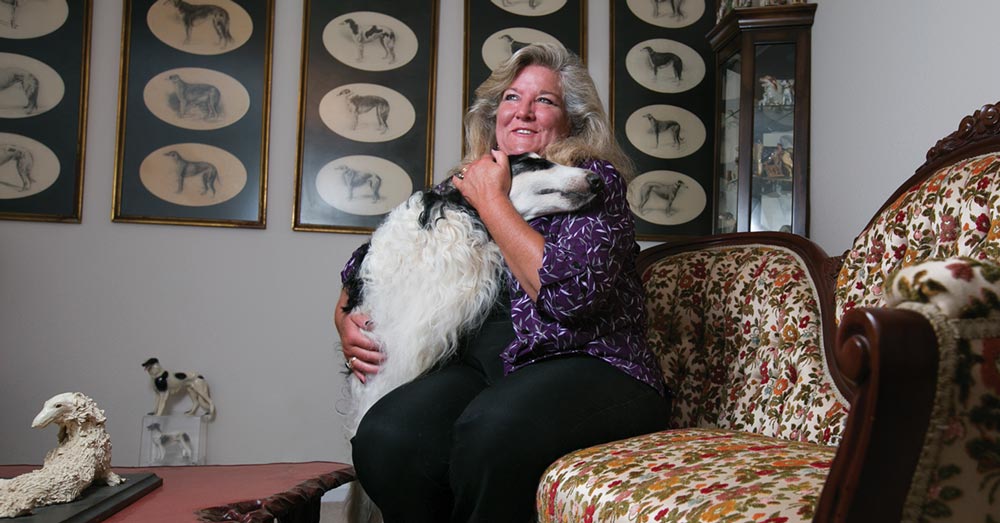 When Milton L. Simmons, CerE’49, died in 2005, his daughter knew she wanted to do something special to honor his memory.

“My father loved this university,” says Sandy Simmons-Gamble, fiscal assistant in the international affairs office at Missouri S&T. “He always had so many stories about his time at Rolla and about the education he got — what it meant to him. He loved his time here and truly appreciated his education.”

Gamble was an administrative assistant in the development office in early 2013 when the University of Missouri System announced the 20/20 Challenge.

Through the 20/20 Challenge, the UM System would give Missouri S&T $400,000 to create 20 need-based scholarships, but S&T had to raise matching funds in private donations.

Gamble accepted that challenge and donated $30,000 to establish the Milton L. Simmons Endowed Scholarship in Ceramic Engineering. The state matched $20,000, bringing the total endowment to $50,000. Like all of the scholarships established through the 20/20 Challenge, Gamble’s scholarship will be awarded to a student who qualifies for the federal Pell Grant program, which provides tuition assistance to undergraduates from economically disadvantaged families.

The Milton L. Simmons scholarship will go to a Missouri S&T student in ceramic engineering.

“My father worked at Ferro Corp. in Cleveland, Ohio, his entire career,” Gamble says. “He started as a ceramic engineer, traveling to places like Japan and South America with my mother. After a few years, Ferro sent him to law school and he became the company’s patent attorney.

“I always thought that when I was able to, this would be something to honor him,” Gamble says. “He was a brilliant man. Growing up here, I’ve always had high opinions of this school. Missouri S&T has produced some really impressive people who have gone on to do some amazing things. I thought this would be a good way to honor my father and at the same time, help a future leader.”

Gamble raises Borzoi, dogs that used to be known as Russian Wolfhounds, on a farm outside Rolla. She shows her own dogs and is approved by the American Kennel Club to judge four breeds in Conformation Dog Shows, as well as all breeds in Lure Coursing.