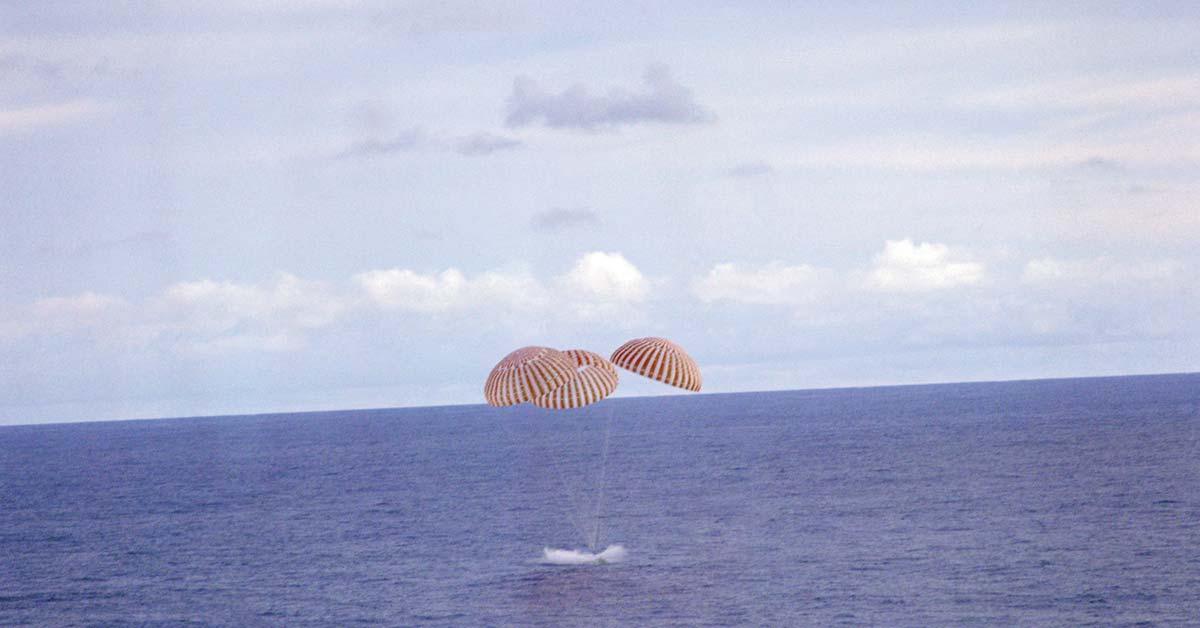 Apollo 13 splashes down in the Pacific Ocean. Photo courtesy of NASA.

In the June 26 issue of the Joplin (Mo.) Globe, Jack Brill, ME’62, shared memories of his contributions to every major U.S. space mission since 1958. The 75-year-old is retiring as engineering director for EaglePicher Technologies of Joplin after more than 50 years with the company.

In 1970, EaglePicher’s silver zinc batteries powered Apollo 13’s life support and guidance control systems following an onboard explosion. The incident was the subject of the 1995 film starring Tom Hanks and Kevin Bacon.

Brill was part of a team that ran the capacity calculations for the batteries, which ultimately brought the crew members home safely.

“There was a lot of activity and a lot of stress” during the time, said Brill. “Just knowing there was something up there that I had a part in that could cause someone’s death or something — when you saw that parachute (during the spacecraft’s descent), it was a relief.”