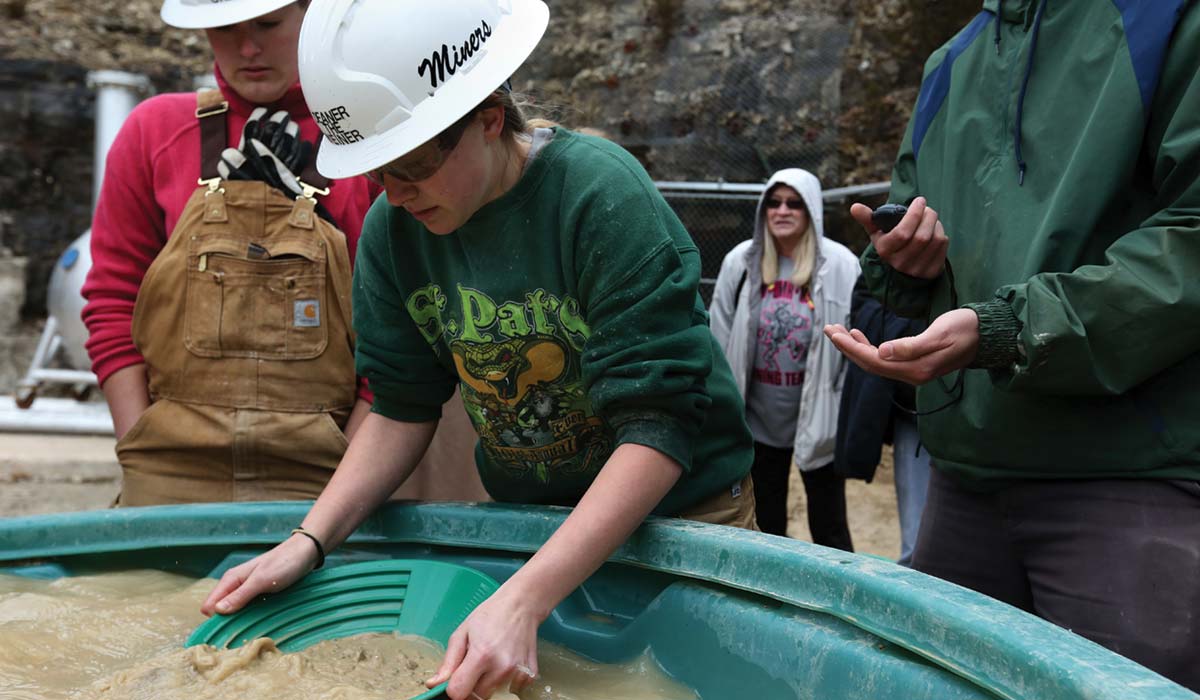 Teams from the United States, Australia, Brazil, Canada and the United Kingdom came to Missouri S&T’s Experimental Mine Facility to compete in events based on mining techniques used in the late 19th and early 20th centuries. Students competed in timed events like gold panning, surveying, hand-mucking, hand-steeling, track-standing, Swede sawing and jackleg drilling. Seven teams from Missouri S&T, including one made up of Botswanan students (pictured below), competed in the event.