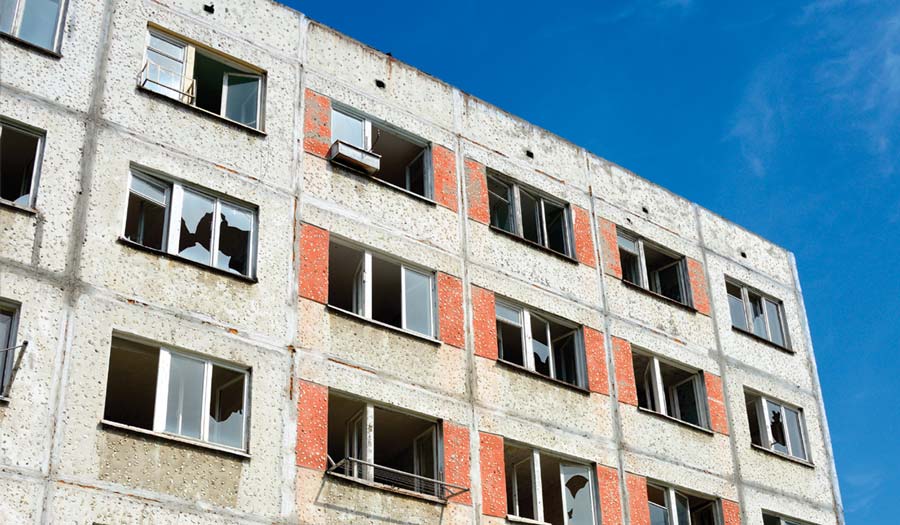 One of only three Category 5 hurricanes to hit the U.S. since records have been kept, Hurricane Andrew caused wind speeds upwards of 175 mph. One of the costliest hurricanes in U.S. history, Andrew killed 43 people and caused $30.5 billion in damage.

Dharani, Curators’ Professor of mechanical and aerospace engineering, was one of several researchers at S&T to receive National Science Foundation funding to develop a new approach to making a stronger laminated architectural glass.

“Roof gravel, asphalt pieces flying from the roof, shingles, windborne pieces of lumber — these are all considered ‘missile impact’ on glass,” he says. “Windborne debris combined with strong winds is the main reason for failure of architectural glazing.”

Upon impact, monolithic (single-pane) glass breaks into dangerous shards, and causes a breach in a building’s protective barrier. But laminated glazing, Dharani says, holds the broken pieces of glass in its interlayer, which stays in the frame and maintains the building’s structural integrity.

“It’s called sacrificial ply design,” he says. “We intentionally sacrifice the outer layer, allow it to fracture, crack and absorb all the energy, but the inside layer stays intact.”