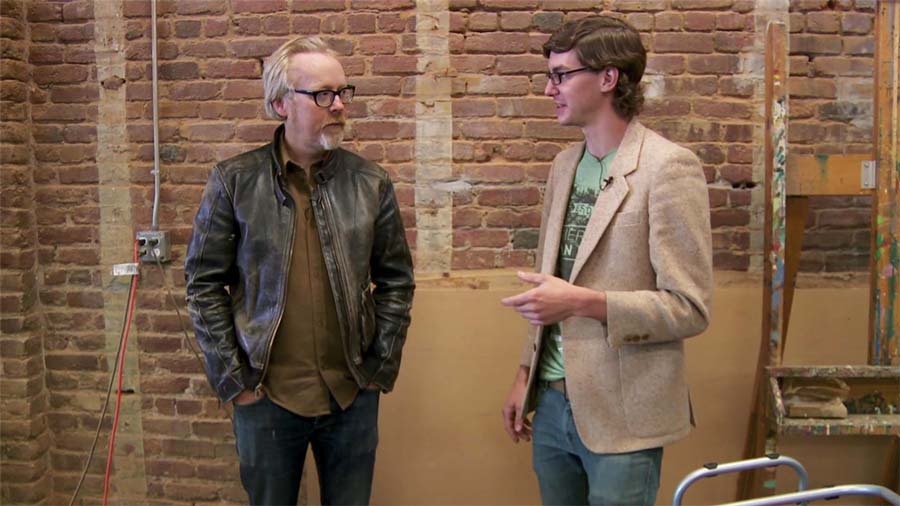 Ron Erickson, IST’11, is building his own rally car from the ground up. By himself. The project got him noticed by MythBusters star Adam Savage, who held a contest last fall to find the next “Inventern” for his website tested.com.

Erickson made it to the final three. As part of the competition, he built a Steadicam out of found objects and a detailed replica of a coffee pot out of cardboard.

“I’ve been building things almost all my life,” Erickson said in his contest entry video. He says many people who build racecars rely on experts to supply certain components.

“Everybody’s got a guy,” Erickson says. “You’ve got a guy for your transmission. You know, you’ve got a guy that mounts your tires. I kind of threw that out the window and I said, ‘I don’t want anyone’s help. This is my racecar. I’m taking responsibility for every piece of it.’”

Erickson bought some rough plans on the Internet, bought some steel and set to work. So far, he’s built every piece of the car himself.

“I’ve built my skillset over the years through trial and error,” he said.

Erickson and fellow rally racer Matt Conte, ME’10, were featured in the Summer 2012 “Hot Rods and Cool Cars” issue of Missouri S&T Magazine.