Seth Burgett: His buds are for you 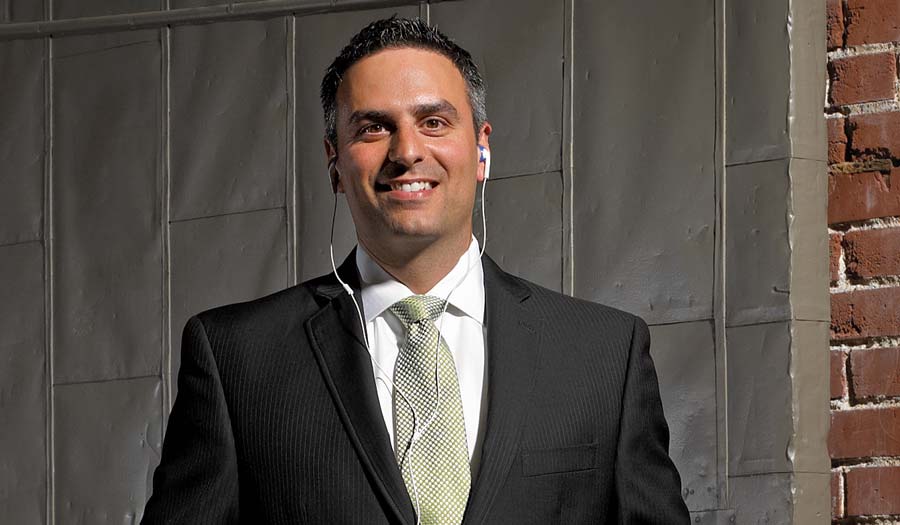 Six-hour workouts can take a toll on the fittest of athletes. But when Seth Burgett, ME’94, was training for a triathlon in 2007, it wasn’t his legs or back that caused him the most pain.

“My ears hurt worse than the rest of my body,” says Burgett. At fault were his mp3 player’s ill-fitting earbuds.

But Burgett hit on a solution to the problem during one of those six-hour cycling and running sessions. The idea also led to a new business designed for athletes like him.

“I can still picture that day in my mind,” says Burgett. “I stopped on the trail near the end of a workout after four hours on the bike and two hours on the run. The big idea hit. I knew that we could solve the problem technically.”

After selling his wife on the idea, Burgett cashed in savings and investments to launch the company, yurbuds, in April 2008. The St. Louis-based firm makes ergonomically designed earphones for athletes.

“We went from an idea to getting on the shelf at Best Buy in 18 months,” Burgett says. yurbuds products are now sold also by Apple, Dick’s Sporting Goods, Target, The Sports Authority and Walmart, and are available in more than 30 countries internationally.

An Illinois native who had his sights set on mechanical engineering since childhood, Burgett was drawn to S&T by what he saw as the university’s commitment to helping students find career success. “My No. 1 reason (for coming to Missouri S&T) was the co-op program,” Burgett says. He was especially impressed with the interview rooms in the career opportunities and employer relations office in Norwood Hall.

Burgett had no problem landing his first job out of college. He joined McDonnell Douglas in St. Louis as an engineer. But the corporate world didn’t suit him. Too much bureaucracy and not enough engineering.

So he took the startup route, first joining a budding St. Louis robotics firm, Automation Technology, which was founded by Daniel C. Stanglein, EE’72, and the late Robert Alexander. Burgett then joined Stereotaxis, a St. Louis firm that develops medical devices to treat heart arrhythmia. Those startup experiences gave him the confidence
to strike out on his own with yurbuds, he says.

He also benefited from the advice an S&T professor once gave him. “He said, ‘If you can’t communicate your ideas to others, they won’t go anywhere.’ … That advice has helped in raising more than $10 million in capital for this business.”

Burgett is still a triathlete. “I try to do one Ironman every other year,” he says. While he’s “über-competitive” in business, he doesn’t worry about finishing first in triathlons.

“My goal is to get across the line before midnight and enjoy every minute of it,” he says. “I want to finish strong and finish with a smile.”