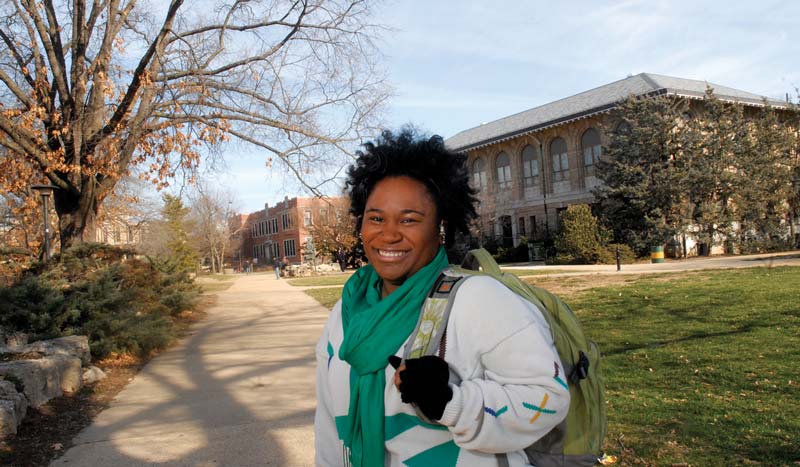 Ahlam Issa isn’t the kind of person who lets opportunities slip by. Born in Tanzania, Issa left the country at age 10 to live in St. Louis. She didn’t speak any English when she arrived, but overcame that and other obstacles to graduate as valedictorian from Hazelwood East High School.“I’m fluent in both English and Swahili, and I’m on my way to learning a third language, Spanish,” she says. “Though my parents were not educated, my father did all that he could to make sure all of his children went to college and made something of themselves.”

Now a junior in chemical engineering at Missouri S&T, Issa enjoys staying involved on campus. She’s a member of Miner Mentors, a student organization focused on promoting acceptance and understanding, and the National Society of Black Engineers. She’s also the student life editor for the Rollamo, the university’s yearbook.

“Besides learning new things in the classroom, the most exciting part about college life is being involved,” she says.

Issa says the campus atmosphere was a huge factor in her decision to attend S&T.

“I wanted to go to a place where my professors not only knew me by name, but were there to help me when I needed it,” she says. “I also wanted to be at a place that was going to challenge me to be better than what I am now.”

After she graduates, Issa says she hopes to live in Texas and work for an oil company such as ExxonMobil or Chevron.