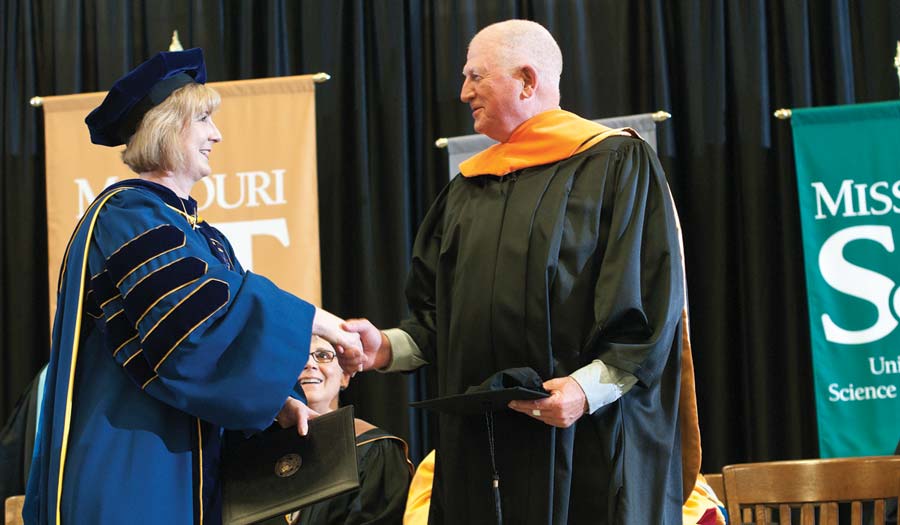 More than 1,000 students graduated from Missouri S&T in May, and two longtime supporters received special honors during commencement ceremonies May 17 and 18.

Entrepreneur Gary Havener, Math’62, received a doctor of engineering from S&T. The Fort Worth, Texas, business leader is also a member of the S&T Board of Trustees. Havener has a long record of service and giving to the university, but he is best known for his contribution to establish the Havener Center on campus.

Missouri State Sen. Dan W. Brown of Rolla spoke at the Saturday, May 18, commencement ceremony. Brown has practiced veterinary medicine for more than 30 years and has served on the Missouri Veterinary Licensing Board.