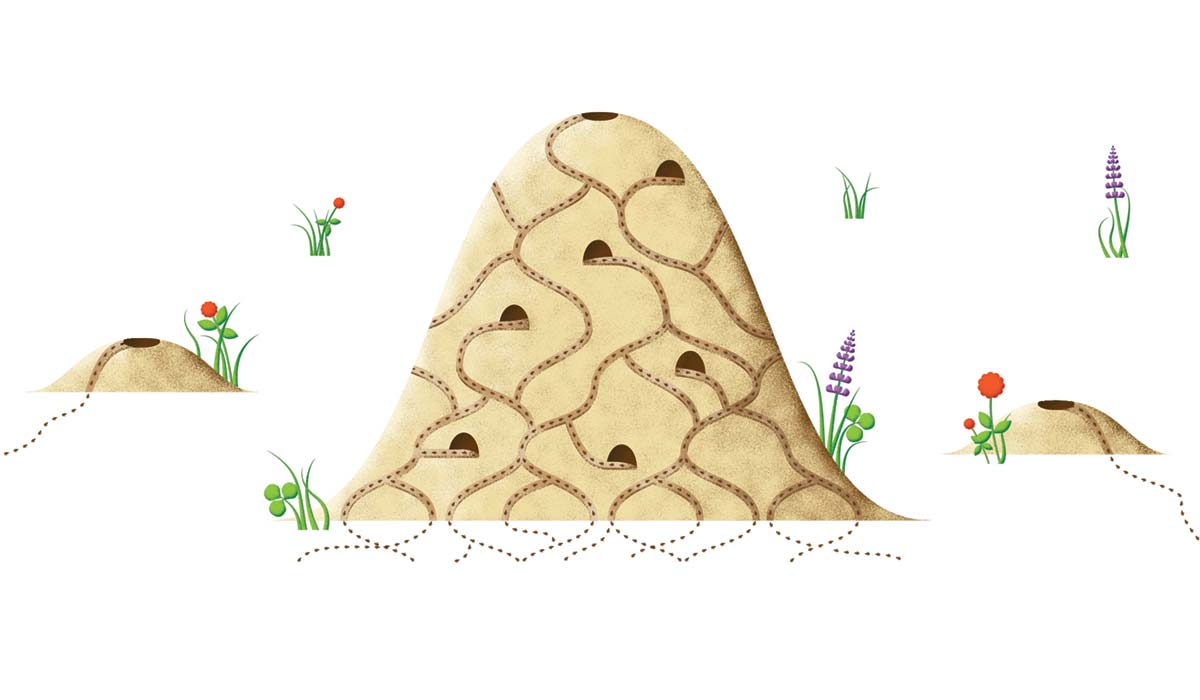 Assistant professor Chen Hou has developed a mathematical model that can predict the survival, growth and life span of ant colonies. According to Hou, smaller colonies — and the ants that inhabit them — tend to live faster, die younger and burn up more energy than larger colonies.

Hou compares the way ants act in a colony to how cells function in the body. He calls the colonies “superorganisms.”  His study, in the journal Biology Letters, compared the rates of metabolism, growth, reproduction and longevity of individual ants with those same traits for entire colonies. He based his models on Kleiber’s Law, also known as “quarter-power scaling.”

Hou combined data from actual ant colonies with mathematical predictions and found that body mass and metabolic rates increased at a consistent, nearly three-quarter-power scaling rate for worker ants and queen ants alike, as well as for their colonies.

Based on these findings, Hou and his colleagues then developed a mathematical model to predict colony lifespan by linking it with colony size, or mass.

Quarter-power scaling could also be applied to entire cities to see if they also function as “superorganizims.” Energy usage in a city, for example the number of gas stations or the total length of electrical cables, correlates to the size of the city, Hou says.