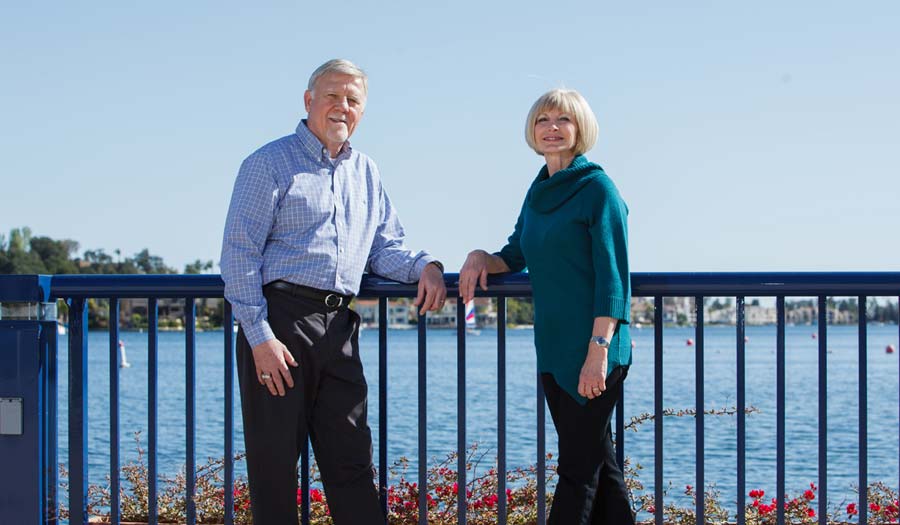 Six months after graduating from high school in Hazelwood, Mo., Hugh Cole, EMgt’72, enrolled at Missouri S&T, determined to become the first engineer in his family (and first in his family to receive a college degree).

“With the exception of that first summer, when I worked at the Chevy plant in St. Louis, I went to school year-round,” says Cole, now managing partner of AGI–Goldratt Institute, an organization he’s been with since 1993.

His four years at Rolla weren’t easy, he recalls. Like most students at the time, the Vietnam War, pressure about the draft and a severe U.S. recession weighed heavily on his mind. To supplement their income, he and six other students formed a horn-driven, pop-rock band known as Miller’s Cave. They played music in the style of Chicago and Blood, Sweat and Tears for dances and parties in Rolla, Columbia, St. Louis and, often, at Fort Leonard Wood.

“We’re all still in touch,” he says. “Everyone has been successful — probably more than what we thought would be possible. When we were in Rolla, we basically had nothing. Sometimes I wonder how I got through. It was hard to come up with the $395 a semester for tuition, much less living expenses!”

Despite the struggles, Cole graduated and joined Unidynamics, a division of Universal Match Corp., for 18 months before being hired by another Rolla grad to work for the Linde Division of Union Carbide Corp.

“Linda and I were newlyweds for a week before I had to leave for an engineering training program in Pueblo, Colo.,” Hugh recalls. Linda, who was attending the University of Missouri-St. Louis, would go on to join Hugh in Colorado after she completed her last semester at UMSL.

The job took the couple around the country. They lived in nine houses in 18 years while raising their two children, Doug and Lindsay. Hugh held both line and staff positions in production, engineering and marketing, while Linda worked as an elementary school teacher.

“I wouldn’t change any of those experiences,” says Cole, who chairs the executive committee of Missouri S&T’s donor recognition society, the Order of the Golden Shillelagh. “I think that’s what gives you an appreciation for making things better.”

The Coles’ desire to help others led to their decision to give back to Missouri S&T. The couple recently created the Hugh and Linda Cole Silver and Gold Scholarship. The scholarship will benefit engineering management students who have significant financial obstacles that threaten their ability to stay enrolled. In addition to the award, students with remaining unmet financial need may also qualify for university loans that are interest-free while they are in school as well as campus work-study opportunities.

“I do understand that many students in Rolla are first-time college students,” he says. “I can totally appreciate it. If you can somehow afford to help, why wouldn’t you do that? We know the kids’ lives will be better because of it. What’s a better thing to do than to give someone else
an opportunity?”