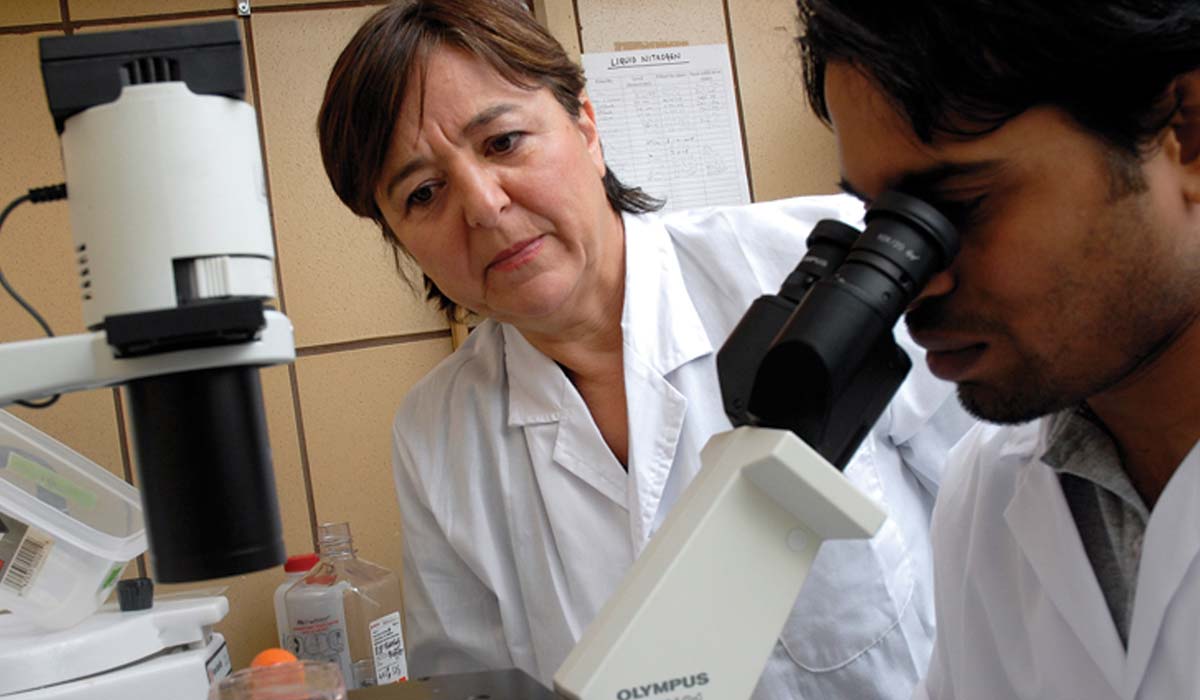 Nuran Ercal (left) recently received a grant to fund the use of an antioxidant to prevent degenerative eye conditions. Pictured with Ercal is Sri Krishna Yasawi Maddirala, a Ph.D. student in chemistry.

Ercal, the Richard K. Vitek (Chem’58)/Foundation for Chemical Research Endowed Chair in Biochemistry who is also an M.D., says NACA is better than the experimental treatment N-acetylcysteine because it crosses cell membranes easier and can be used in lower doses.

“NACA eye drops could represent an alternative to costly surgery, while greatly improving the quality of life for those afflicted,” says Ercal, who has been testing NACA on HIV-related problems, lead poisoning and other toxicities for 10 years. About four years ago she began testing it on eye disorders.

Carey’s dissertation showed how NACA could slow cataract growth on rats that had been given a solution that causes cataracts to form.

“The NACA solution prevented cataracts from forming,” says Ercal. “Our research will build on Josh’s research, to see if NACA can actually reverse the degeneration as well.”