A lesson in dedication 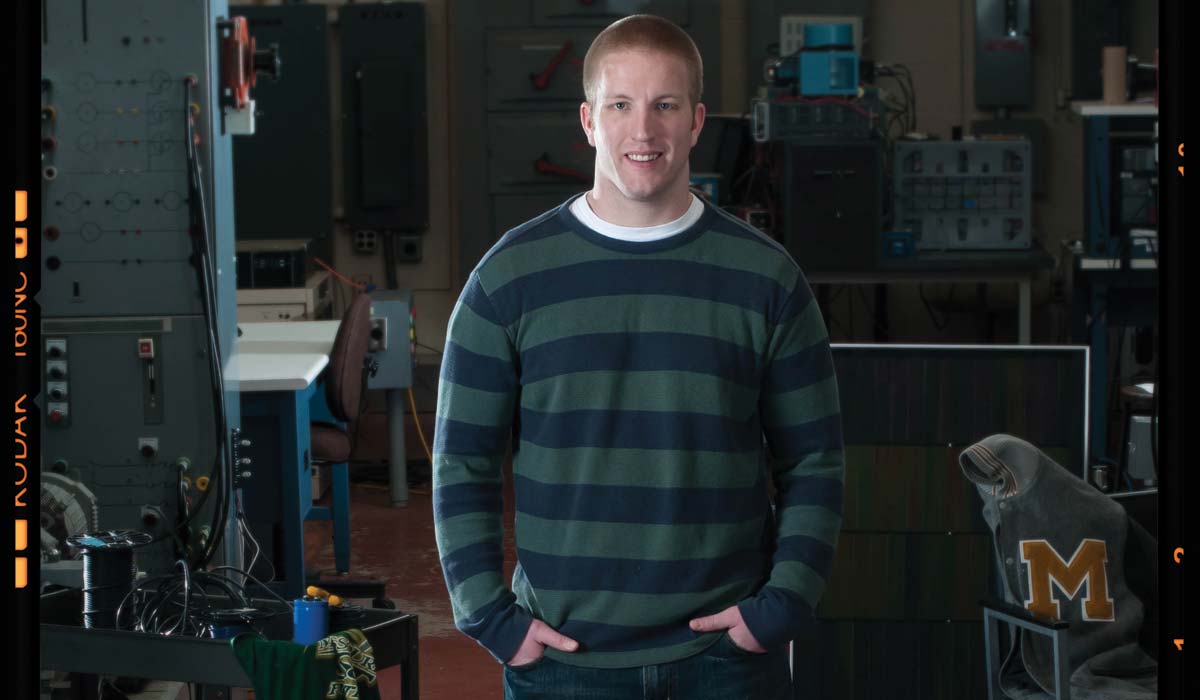 Brian Peterson’s dedication to football — and to Missouri S&T — helped push the Miners to a record 10-1 season and landed him on the Capital One Academic All-America team. He is only the 19th Miner in the history of the football program to be selected for this honor.

The Jacksonville, Ill., native came to Rolla as a football recruit. “Football alone is a full-time job between watching film, attending meetings and practice,” says the offensive lineman. “But it has taught me time management and commitment.”

During the 2010 season, Peterson, ChE’11, tore the anterior cruciate ligament (ACL) in his left knee. After a year of rehabilitation, he was ready to get back on the field. “I’ve never been so happy to get back on the treadmill and train,” says Peterson. However, fate had a different plan. On the fourth day of fall camp, Peterson’s season ended early yet again after he tore the ACL in his right knee. Dealing with such injuries “puts things in perspective for you,” he says.

“I told him I wanted to save the world, and he pointed me in the right direction.”

A medical hardship waiver allowed Peterson to extend his playing eligibility, and with that came the opportunity to continue at S&T as a graduate student and work with Joseph Smith, the Wayne (CE’67) and Gayle Laufer Endowed Energy Chair and director of the Energy Research and Development Center. “I told him I wanted to save the world, and he pointed me in the right direction.”

Peterson is studying electrical and solar details of energy storage and renewability. “Hybrid energy is the future,” he explains. “It’s a more advanced, dispatchable form of energy. Solar energy is far more viable and widespread, though it could take years for application on a larger scale.” Peterson’s enthusiasm and dedication to his research is nothing short of what someone would expect when meeting him.

“I have to make the most of my opportunities, and when I commit, I commit 100 percent,” he says.