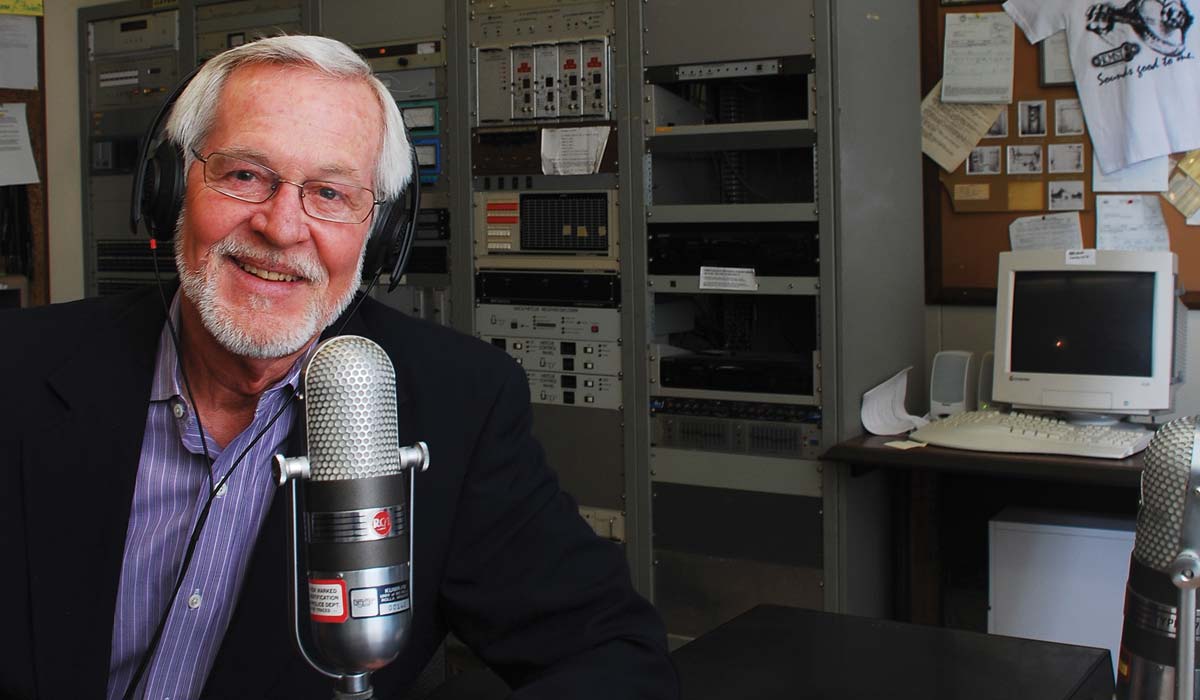 Wayne Bledsoe, longtime host of “Bluegrass for a Saturday Night” and general manager of KMST, is helping the station celebrate 40 years on the air waves.

Known then as KUMR, the station was on the air as early as 1963 as KMSM. At that time it was affiliated with the campus’ student radio station. When National Public Radio was formed in 1970, the University of Missouri System created radio stations at each of its four campuses.

“Bluegrass was virtually the only form of music we had enough LPs of to run an hour-long show,” he says. Those LPs — which will soon become history thanks to digital music broadcasts —  were donated from KMST’s sister station KBIA in Columbia.

Bledsoe joined the S&T faculty as an assistant professor of history and political science in 1968 and retired as professor and chair of the department in 2002. But he has been around KMST from the start, first as a volunteer, then as a contributing writer to the station’s program guide. In 1979 he took over the reins of the station’s flagship bluegrass program.

When the university announced plans to change its name to Missouri S&T in 2007, a small California radio station called KMST was in the process of going out of business.

“We timed it just right,” Bledsoe says. The FCC approved the transfer of the KMST call letters on July 16, 2007, making the radio station the first official harbinger of the name change.

KMST broadcasts at 88.5 FM in Rolla, Mo., and 96.3 FM in Lebanon, Mo., and livestreams its programming at kmst.org. Thanks to the Internet, KMST has contributing members in 47 states and 41 countries.