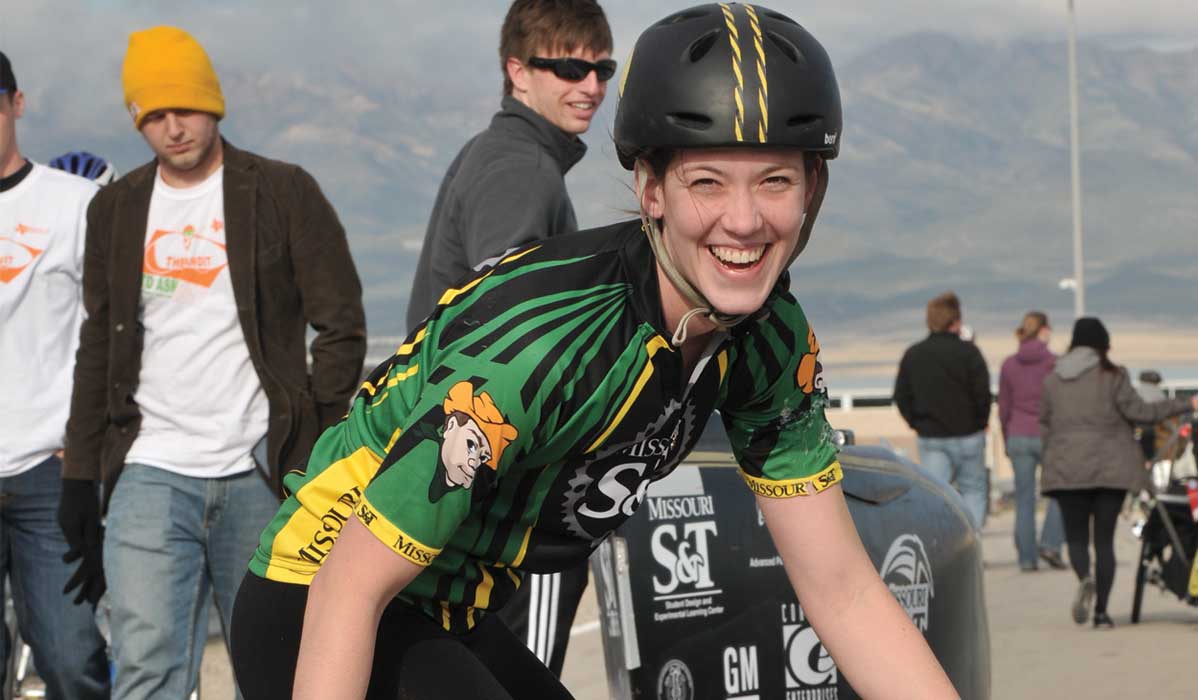 Why HPV: “I was asked to join because they were looking for a girl rider and I agreed because it sounded like fun. I like the competitive aspect of the race. I’ve never been on a sports team so this is the first time I’ve ever been in something this competitive. It’s also a good way to challenge myself on a physical level.”

Battle scars: “In a competition in Pennsylvania, I took a few spills in the endurance race. One happened when another team’s bike ran into me. The crashes resulted in multiple large holes in my jersey and leggings. The EMT had to cut my Under Armour shirt sleeve off because my arm had swelled up so large. I have a fairly large scar. It stopped me from completing the number of laps required by a female rider, but a girl from one of our competitors — Rose-Hulman — completed the laps for me.”

Goals for the year: “I am team secretary. I want to be more involved with the team both in and out of the shop. I will also be shadowing team president Dashiell Moore (a senior in engineering management) in hopes of taking his place next year.”