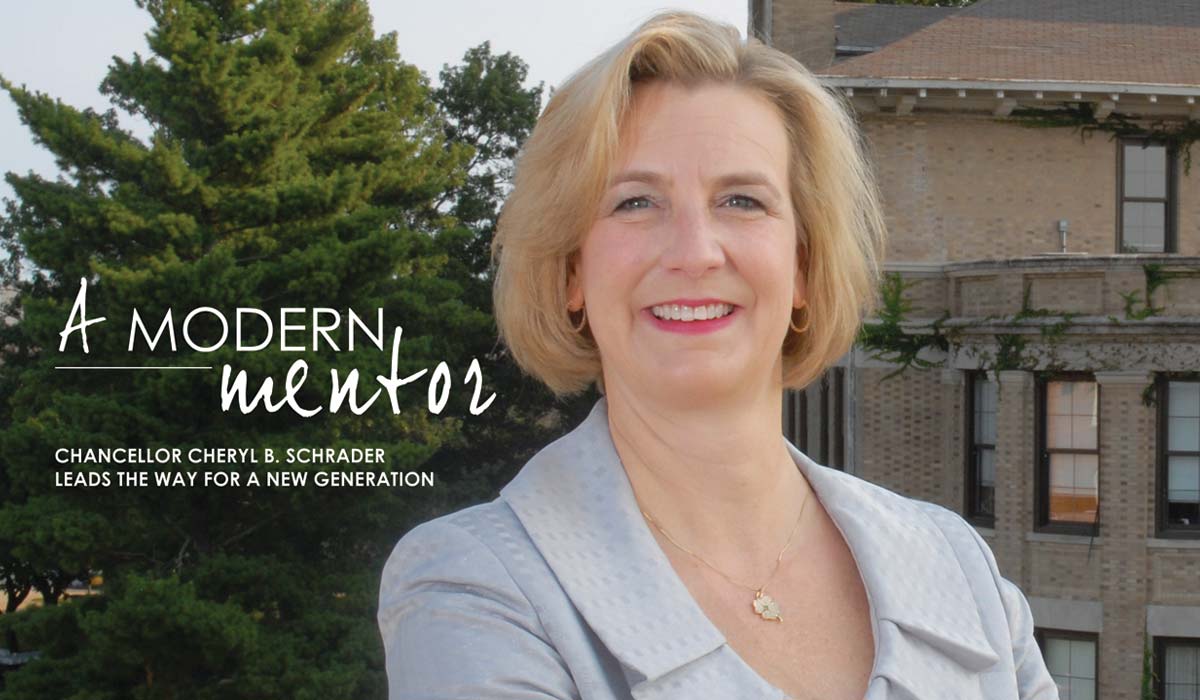 Cheryl B. Schrader believes in the power of storytelling. And not just because she loves a good tale. Over the past 10 years, Schrader, an electrical engineer specializing in systems and control, has become more interested in the different learning styles of students. Her research in this area has focused on how women and minorities learn, and she has found that a good story can help these students become more confident in their own abilities. That greater self-confidence in turn could motivate more of them to graduate and move on to successful lives beyond college.

These days, Schrader is especially interested in sharing the untold stories of women and minorities who have become successful in the so-called STEM fields of science, technology, engineering and mathematics.

“Everybody knows the story of Alexander Graham Bell and the invention of the telephone,” Schrader says. But similar stories about women inventors are less familiar. “In some academic circles, the impact of women in technological development is becoming clearer,” she says. Beyond the walls of academia, however, “those stories aren’t well-known. They’re not woven into the fabric of our culture.”

Schrader hopes to “bring the contributions of women in engineering and science to light, and to have those contributions become a part of the common knowledge of history.” Ultimately, she would like to create an inspiring first-person monologue theatrical performance that could be presented at colleges and universities across the country.

Schrader’s own story, from her days as an undergraduate student, might fit well into that monologue.

Video: Chancellor Cheryl B. Schrader is nationally recognized as a leader in the electrical engineering profession and as a mentor to women in engineering.

It begins one day during her junior year at Valparaiso University in Indiana. Schrader had just finished an exam. Leaving the classroom, she and a classmate discussed the test. “Our answers didn’t agree,” she recalls, and their conflicting perspectives concerned her.

“I was not confident in my answers,” she says, “so I assumed I had failed the exam.”

Many college students can relate to that sickening sensation — that knot in the gut that foreshadows impending failure. But the sensation overwhelmed Schrader.

“I was distraught,” she says. “I was sure I had just ruined my opportunities to become an engineer.”

That night, she phoned her mother to discuss the situation and her fear of failure. Her mother suggested she meet with her professor to talk it over. So she did.

That meeting altered the trajectory of Schrader’s academic career.

The professor, Demosthenes Gelopulos, reassured Schrader that she had passed the test. “It turned out I did very well on the exam,” she says.

When the conversation turned to Schrader’s career plans, “He said that I reminded him of himself when he was younger, and he asked me if I had ever considered becoming a professor. I was shocked,” she says. “I had never thought about that.”

When Schrader was in college, there were no female professors on Valparaiso’s engineering faculty. “I hadn’t seen or met any women in that role,” Schrader says, “so it never occurred to me that I could pursue that career path.”

That discussion not only opened a new path for Schrader, it also “opened my eyes to just how important it is for faculty to express interest in their students’ career development. It’s essential.”

That’s a lesson Schrader has taken to heart. Throughout her academic career, she has tried to be a role model for students who are not well represented in the STEM disciplines, including underrepresented minorities and women.

“Being a role model is very important,” she says. “Role models, or the lack thereof, can have a big impact.”

Some of Schrader’s former students think she has made a great impact on their lives. So much so, in fact, that they nominated her for the Presidential Award for Excellence in Science, Mathematics and Engineering Mentoring. The former students worked together from far-flung corners of the country to prepare a proposal to recognize Schrader’s influence. In 2005, she attended the awards ceremony at the White House, where President George W. Bush recognized Schrader for her “enduring, strong and personal commitment to underrepresented engineering students and faculty.”

In April, when Schrader became chancellor of Missouri S&T, she assumed the most visible and significant role model position of her career. As one of only a few female engineers in the nation to lead a university, Schrader is keenly aware that she has stepped onto a new stage.

There’s no doubt about Schrader’s confidence these days. And she has left a positive impression on those she has worked with in the past.

Robert W. Kustra, president of Boise State University — where Schrader served as dean of engineering and associate vice president for strategic research initiatives prior to joining S&T — calls Schrader “the clear choice to take Missouri University of Science and Technology to the next level.” Her noteworthy accomplishments at Boise State included building “an outstanding team of faculty and staff who are lifting Boise State to national prominence” and “establishing connections and collaborations with community, government and industry partners,” Kustra says.

Don P. Giddens, dean and professor emeritus at Georgia Tech, worked with Schrader when they both served on the American Society for Engineering Education Deans Council. He says Schrader’s work with ASEE has been instrumental in “helping change the conversation nationally about engineering.”

Schrader’s interest in serving as a mentor to underrepresented students began during her 12-year tenure at the University of Texas at San Antonio, which enrolls many Hispanic students. When she joined Boise State University in 2003 as dean of engineering, she continued to reach out to college students as well as high schoolers, younger students and adults. She wants to reach students of all ages — “from K through gray,” as she puts it.

During the past 10 years, the importance of mentoring has become a key component of her research to develop new approaches to teaching STEM students and guiding them toward graduation.

Schrader becomes chancellor of Missouri S&T amidst challenging economic times. State funding for public higher education has eroded in recent years, but the pressure on colleges and universities to remain affordable is greater than ever. Schrader describes this situation as “the new normal of increased expectations amid dwindling resources.”

Despite these challenges, Schrader is optimistic about S&T’s position in the higher education landscape.

“The global competitiveness, economic vitality and quality of life in this state and nation clearly depend upon institutions like Missouri S&T to step forward as leaders,” she says. “In doing so, S&T not only has a tremendous legacy upon which to build, but it also has the potential and momentum to become truly world class.”

‘Play to your strengths’

In the midst of these disruptive economic and societal forces buffeting campuses across the nation, how can Missouri S&T reach that world-class potential Schrader envisions? It boils down to focus and differentiation.

“You have the opportunity to play to your strengths. “You have to be focused and very strategic in your thinking,” she says. “It’s more important than ever to have a shared strategic plan that is at the center of all you do.”

So Schrader is working across campus, and with UM System officials, to develop that road map for the next five to 10 years. During the first few months as chancellor, her focus has been on “listening, observing and communicating.”

“Every organization has a sense of place,” she says, “and I need to fully understand Missouri S&T to be its best leader, ambassador and advocate. I want to hear what the various stakeholders envision for the future.”

She has wasted no time meeting with S&T students, faculty and staff. She has also met with several alumni groups on campus and on the road. Last April, Schrader met with members of the S&T Board of Trustees, Order of the Golden Shillelagh, Miner Alumni Association and various departmental academies. In May, she met more alumni during a swing through Texas, then met with local governmental and community leaders, as well as military leaders from nearby Fort Leonard Wood. In June, she hosted Missouri Gov. Jay Nixon and his top education and economic development advisors to talk about S&T’s value to the state. She also hosted U.S. Rep. Jo Ann Emerson, whose 8th congressional district includes Rolla, to discuss national STEM education issues, and traveled to Washington, D.C., to meet the Missouri congressional delegation and other national leaders. This fall, she connected with more alumni during Homecoming and other recent events, including section events in Denver and California’s Bay Area.

Alumni and their success are key players in the continuing story of this university. It’s a story that Schrader is more than happy to tell.