Sports by the numbers 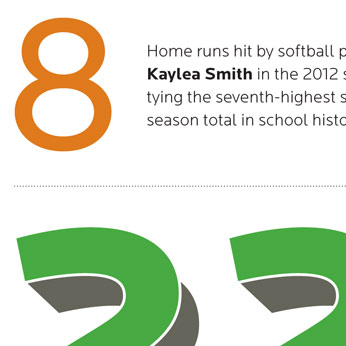 12’1 1/2″ — School record-setting height cleared by Rachel Ederle in the pole vault. She broke the record twice during the 2012 outdoor season.

23 — Players in the history of the men’s basketball program who have scored 1,000 points in their career, a mark reached by current Miner Bryce Foster — who also wears No. 23 — on Feb. 18.

51.80 — Terry Robinson’s time in seconds for the 400-meter hurdles at the NCAA Division II Outdoor Track and Field Championships — his final race as an S&T hurdler. Robinson finished in 7th place.