What’s in your pocket? 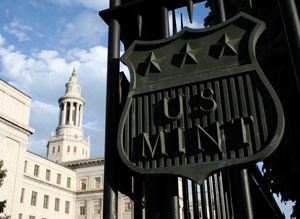 Ronald Kohser has been keeping a close watch on coins during his career. According to Kohser, a professor of metallurgical engineering at Missouri S&T, it currently costs the U.S. Mint about 1.7 cents to make a penny and around 7 or 8 cents to make a nickel. The amounts include metal content, tools and dies, and labor.

But that’s not a cause for concern.

Would you stop to pick up a penny?

“The solution was to create a sandwich coin that contained a core of copper with a silver-appearing copper-nickel alloy on the outside,” says Kohser, who adds that the same thing was done with dimes.

The penny has gone through several changes in constitution, according to Kohser. Shortly after World War II, pennies were minted from spent shell casings. For a while in the 1970s, the U.S. Mint began making pennies out of aluminum, but that idea was scrapped for various reasons. In 1982, the penny was changed to its current configuration of copper-plated zinc, resulting in a significant reduction in cost and a reduction in weight of almost 20 percent.

Now, it might make sense to eliminate pennies altogether. The down side is that most prices would tend to get rounded up slightly.

Should we eliminate the penny?

With the prices of metals on the rise in general, the U.S. Mint has been taking action. In 2006, it became a crime to melt pennies and nickels. “Both nickels and the older copper pennies have a metal value greater than the face value of the coins,” Kohser says.

Last year, Concurrent Technologies Corp. was awarded a $1.3 million contract to investigate more economical alternatives to the entire range of circulating coins. But Kohser says solutions are evasive. For instance, weight and materials are problematic when it comes to things like vending machines. And those are the kinds of problems that metallurgists will have to solve, while making sure the coins are also acceptable to the public.