Proudly displayed on a wall in the late John D. Berwick Jr.’s home was a wooden plaque from the Miner Alumni Association. The plaque signifies that Mr. Berwick, MetE’39, was a member of the Century Club. 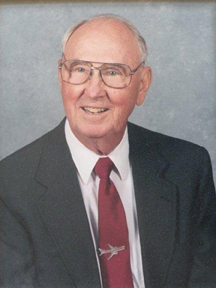 The Century Club has no meeting hall. There is no ritual of initiation and its members don’t gather for meetings or celebrations. That doesn’t make those members any less loyal, though.

The Century Club is a designation that recognizes people who donate $100 or more to the Miner Alumni Association. Mr. Berwick had been receiving club recognition for more than a quarter of a century. And hanging from his plaque was a dangle for every one of those years.

Mr. Berwick, a metallurgist who specialized in the continuous casting of brass and copper products, retired from Scovill Manufacturing in Connecticut. In recent years he had taken to wearing his college ring. It shined up nicely with regular wear.

While settling his father’s accounts, Mr. Berwick’s son, Kent, found a record of his ongoing giving to The Miner Alumni Association.

“Now I know what the beautiful MSM-UMR Century Club plaque with all the little plates hanging below it actually means,” Kent Berwick wrote in a letter to the Miner Alumni Association in September. “He was proud of his school, so I am going to slip one last Century Club donation your way.”