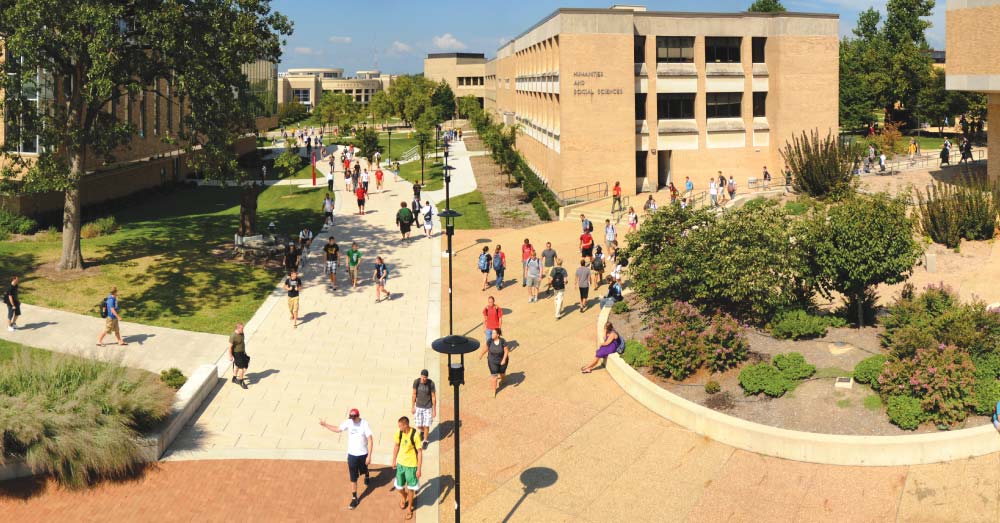 A decade ago, the University of Missouri-Rolla faced considerable challenges. Enrollment had dwindled to 4,626. Less than 10 percent of the freshman class graduated within four years. Outdated classrooms, laboratories and residence halls gave visitors the impression of a campus struggling to thrive. And then state appropriations to higher education began to freefall.

But if there’s one thing those with Rolla connections are known for, it’s their ability to solve problems and overcome challenges. Under the leadership of the late Chancellor Gary Thomas, the campus began to rebound — increasing enrollment and graduation rates, broadening academic offerings, and securing several large gifts for the university. In 2005, when Thomas retired, Chancellor John F. Carney III took over the reins and challenged the campus to continue its ascent to become one of the nation’s top five technological research universities.

As part of his blueprint for advancing S&T, Carney flattened the university’s administrative structure, breaking down the “silos” among academic departments to create a more collaborative and multidisciplinary approach to teaching and research.

Fueled by Carney’s vision, the campus community considered his charge to redefine the institution and to take on a name that better fit its identity and distinguished the university from the other University of Missouri campuses. The name would need to reflect the university’s national mission. And it would allow Rolla to broaden its reach for the best students by making the university more visible on a national and international scale.

Less than a year after beginning the name change deliberation, the UM Board of Curators approved a new name for the institution: Missouri University of Science and Technology (Missouri S&T). The new name became official on Jan. 1, 2008.

“In the two and half years since the name change occurred, interest in Missouri S&T from out-of-state and international students has skyrocketed,” Carney says. “When our students graduate, they will be working around the world, interacting with professionals of different perspectives and cultures. It’s important that our campus reflect this reality.

“In the two and half years since the name change occurred, interest in Missouri S&T from out-of-state and international students has skyrocketed.”

Soon after the decision was made to change the university’s name, the institution entered the public phase of the Advancing Excellence Campaign with an ambitious goal of raising $200 million. Despite the economic downturn that dampened growth at public universities across the country, Missouri S&T has prospered.

“We’re acting more and more like a private university,” Carney adds. “Our state appropriation now represents only 27 percent of our operating budget, down from 42 percent in 2000. We will protect the quality of our academic programs by generating other sources of revenue.”

Thousands of Miners stepped forward during the Advancing Excellence Campaign, determined to increase access for students through scholarships, improve classrooms and laboratories, and enrich the quality of S&T’s academic programs. When the campaign ended on June 30, Missouri S&T had fulfilled the promise of one of the boldest undertakings in its history — surpassing the $200 million goal by nearly $12 million.