The Riess Family: Building a pipeline to S&T

College wasn’t on Rob Riess Sr.’s radar after high school, not until his older brother challenged him to give it a try. He attended community college for two years, did well, and decided to complete his degree at Rolla – a decision that led to an outstanding career in the energy transportation field. 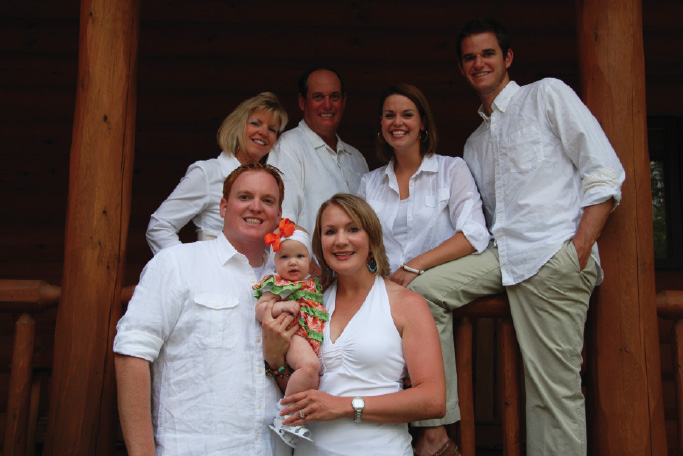 “You can get a good education anywhere,” says Riess, “but what’s important is you can get a job by going to Missouri S&T. It’s all about the job.”

He and his wife, Becky, recently established a $100,000 scholarship for civil engineering students at Missouri S&T. Also contributing to the endowment are his two sons and their families: Rob Riess Jr., CE’04, his wife, Allison, and their daughter, Taylor; and his son Ryan Riess, CE’06, and his wife, Abigail, Hist’05.

“Missouri S&T has been a big part of our family and has provided opportunities for us to succeed in engineering and in life,” says Riess. “This scholarship fund represents our appreciation and gives others a chance to share in the same opportunities we were afforded.”

Originally from Belleville, Ill., Riess paid his own out-of-state tuition to go to school in Rolla. He and Becky also paid out-of-state tuition for their sons to attend. “Fortunately, our sons were academically blessed; they both received financial assistance with tuition.”

Rob Jr. is a construction engineer for Chevron North America in the Deepwater Projects Group in Houston. Allison also works for Chevron as a petroleum engineer.

Ryan, like his father, works for Sheehan Pipe Line Construction Co., as a project manager/estimator. Abigail is a secondary social studies educator and athletics coach.

Rob Sr. and Becky enjoy hosting alumni events in their home and have been responsible for a number of out-of-state students coming to Rolla. Rob Sr. serves as an S&T admissions ambassador at Tulsa schools. The couple joined the Order of the Golden Shillelagh donor society at S&T in 2008.

“The main thing I want students to know is that you get out of college what you put into it,” says Rob Sr. “A lot of people are having a tough time finding a job these days. Missouri S&T’s reputation is well known; and students don’t have to go looking for opportunities – companies look for them.”