The great power play: Can America really move to a low-carbon economy? 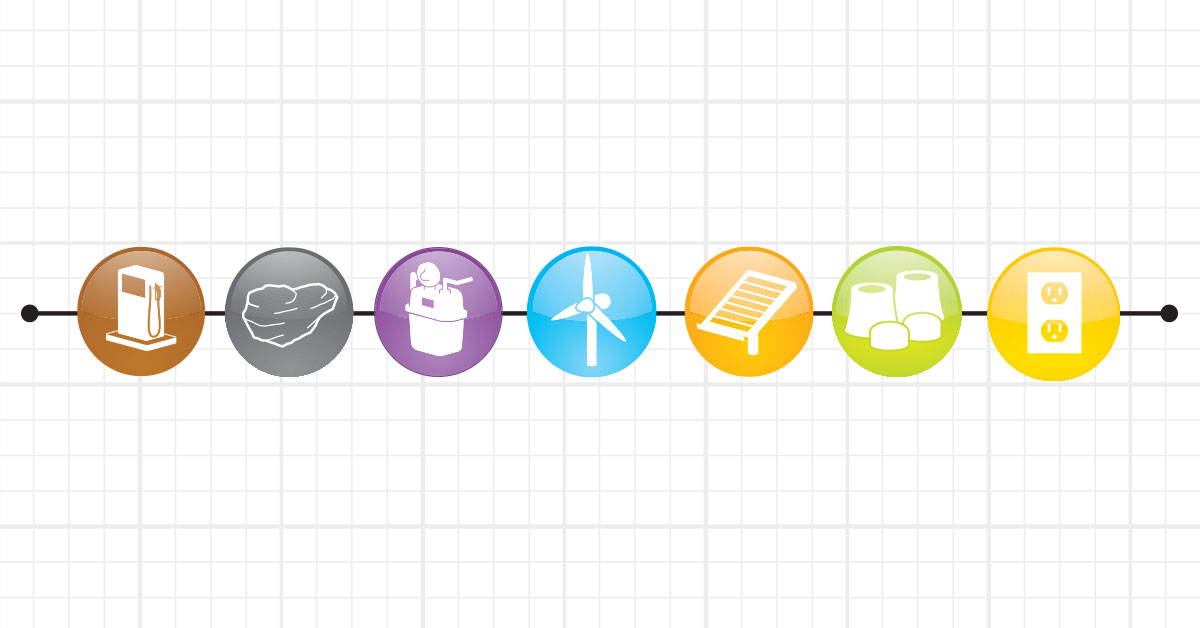 When you talk to Wayne Laufer about the future of wind and solar power, don’t refer to those forms of power generation as “alternative” energy.

Wind, solar or other so-called alternative energy sources make up only a tiny fraction of the U.S. power supply and cannot possibly generate enough power to meet 100 percent of the nation’s energy demand, let alone the world’s, Laufer says. Even if the U.S. were able to triple wind and solar power capacity, it would still amount to less than 10 percent of the energy required to power the nation.

That’s why Laufer thinks it’s incorrect to refer to these energy sources as “alternatives” to the most common sources of energy: the fossil fuels that have powered the U.S. economy since the Industrial Revolution.

Of course, some may see Laufer’s view as incorrect — at least politically if not technically. But that hardly matters to Laufer, a veteran oilman who, along with his wife, Gayle, recently donated $3.4 million to Missouri S&T to create the university’s first endowed chair for energy. Laufer is not opposed to developing solar, wind and other renewable energy technologies. But he worries that investing too heavily in those sectors may short-change the U.S. economy, which still relies heavily on fossil fuels. (About 85 percent of the nation’s power comes from petroleum, coal or natural gas.)

Laufer thinks more attention should be paid to ways of making existing sources of energy cleaner and more efficient. He would like to see more emphasis on developing technology to make coal less harmful to the environment, a push for expanding nuclear power, and a more open, honest debate about the merits of all forms of energy, traditional and non-traditional alike. He wants to make certain that the academic who becomes Missouri S&T’s Laufer Chair of Energy shares these views.

“I’m as much of an environmentalist as the next guy but you have to be realistic. You have to consider the economics, the technology and the efficiencies of various sources of energy.

“I’m as much of an environmentalist as the next guy,” Laufer says, “but you have to be realistic. You have to consider the economics, the technology and the efficiencies of various sources of energy.

“We can be much more efficient with our primary sources of energy,” he adds. “A lot of funds (invested in renewable energy research and development) could be better used improving our ability to get the most out of our current fuel sources.”

Laufer spent 40 years in the oil business. He started his career as a “grunt engineer” at Shell Oil and ended it by selling his oil exploration company just before the bottom fell out of the global economy in 2008. Throughout his career, he’s had a knack for seizing opportunities, and he hopes that by endowing this faculty position at S&T, he’ll help the university do the same.

In contrast to Laufer’s views, other alumni, such as Joan Woodard, AMth’73, believe universities, in partnership with government and industry, should drive the advancement of all low-carbon energy sources, as well as reduce the environmental footprint of all fossil sources.

“I strongly believe the message should be that we need all the resources for energy, and we need to work diligently on carbon reduction, and on pollution reduction, as well as creation of more domestic sources,” says Woodard, who is the executive vice president and deputy laboratory director for national security technologies and systems at Sandia National Laboratories in Albuquerque, N.M.

“I strongly believe the message should be that we need all the resources for energy, and we need to work diligently on carbon reduction, and on pollution reduction, as well as creation of more domestic sources.”

Missouri S&T is in a good position to address the nation’s energy crisis from all angles. Programs like geological, mining, nuclear and petroleum engineering provide a solid academic foundation for the energy sector’s future engineers and technologists, at a time when many engineers in these fields are nearing retirement. But the campus’s emphasis on energy extends beyond those traditional fields to areas ranging from transportation systems and power grids to engine design and supply-chain management. Today’s students are examining the best ways to get the most out of current systems while envisioning smarter, more efficient systems for the future. Rolla researchers also are on the vanguard in specialized research areas, from helping cities roll out fleets of plug-in hybrid vehicles to developing futuristic power grids that mimic the Internet and even the brain. And they are demonstrating practical uses of renewable energy, from hydrogen power to wind and solar, across campus. Moreover, S&T’s student design teams get first-hand experience dealing with energy issues — from designing solar-powered cars and homes to retooling a Saturn to run on hydrogen. Little wonder, then, that Chancellor John F. Carney III often uses the formula E3=C to introduce the campus’s emphasis on energy. The formula stands for “Energy, the Environment and Education Equals Civilization.”

While opportunities abound for the campus, the approach its researchers and students must take mixes the pragmatic with the visionary. Alumni like Laufer and Richard J. Stegemeier, a member of the National Academy of Engineers and former CEO and chair emeritus of Unocal Corp., share a common vision for the future of energy: innovate, but be realistic.

“We may hate fossil fuels and all the pollution they put into the air,” says Stegemeier, PetE’50, “but we really don’t know how to live without them.” Speaking on campus last September (his topic: “Energy Independence: The Great Delusion”), Stegemeier appealed to his audience of S&T students to dream big about the future but to understand that “energy independence is technologically impossible, at least in the near term.”

“We may hate fossil fuels and all the pollution they put into the air, but we really don’t know how to live without them.”

While energy independence may be impractical if not impossible, Woodard and others are working to assure that the United States achieves energy “security.” Woodard sees the U.S.’s transfer of as much as $500 billion to other nations in exchange for imported oil as a major economic risk. (According to Stegemeier, 90 percent of that imported oil comes from just 20 countries. Some, like Canada and Mexico, are considered friendly nations, but others, like some OPEC nations, are not.)

Trying to move the United States to a future that is both energy-secure and low-carbon will require technological innovation. But Stegemeier and Woodard both believe it will require a kind of national resolve that doesn’t yet exist. The United States suffers from “a kind of technological arrogance and complacency” regarding energy, Stegemeier says. Plus, he adds, for decades, politicians have taken what amounts to “the Jiminy Cricket Syndrome” when it comes to energy policy: “When you wish upon a star, your dreams will come true.”

What will it take to move from this current state of complacency to a future that is less dependent on fossil fuels, more energy-efficient and more energy-secure?

Recalling the oil embargo of the 1970s, Woodard says that incident “actually galvanized the people.” Americans started turning down their thermostats, carpooling and conserving energy in other ways, and R&D efforts increased in solar and wind power.

“Conservation is a no-brainer,” says Stegemeier, noting that nearly 60 percent of all energy derived from fossil fuels is wasted.

Weaning the nation from its dependence on fossil fuels “won’t be easy, it won’t be fast and it will take advanced engineering and technology to accomplish,” says Stegemeier. But it is possible.

Education and training is where the “talented people” part of Woodard’s vision comes in. The current energy problems need the innovation and thinking of engineers, scientists and technologists. “It is quite troubling to see a decline in the number of U.S. students and graduates interested in engineering and science,” she says.

Stegemeier echoes that concern. In his speech on campus last fall, he appealed to S&T students to rise to the challenge the global energy crisis presents.

“We engineers have to figure out how to make it work,” he says. “Hope doesn’t do that.”

Putting engineers and scientists to work on the situation is an alternative energy solution that even Wayne Laufer can support — and he is.