Edward I, known for being ruthless, banned the burning of coal in London because his mother didn’t like the smell of it. Despite threats of hangings, the ban didn’t work. People defied the king because coal was cheaper than wood.

“Coal will always be dirty. It gets your hands black. The soot is black dust.”

Centuries later, coal is still the cheapest source of energy that we have. But the only way to get energy out of the dirty stuff is to burn it and release carbon dioxide in the process. It is now widely believed that increasing levels of carbon dioxide will raise global temperatures — which is why you might have heard a lot of talk about “clean coal” in recent years. 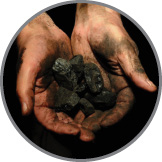 Unfortunately, there’s really no such thing as clean coal.

“Coal will always be dirty,” says David Summers, Curators’ Professor of mining engineering at S&T. “It gets your hands black. The soot is black dust.”

The main idea behind the clean coal push, then, is to come up with technologies to sequester the carbon dioxide. The plan is to capture the CO2 in coal-fired power plants and then to inject it as a gas or liquid into underground reservoirs. As an added benefit, Summers says the carbon dioxide injected into old oil reservoirs might help release an additional 10 percent of usable petroleum that could be pumped to the surface.

Still, the process is complicated and it isn’t very cost effective. The Department of Energy is currently funding a Missouri S&T carbon sequestration study through City Utilities of Springfield, Mo., at a cost of $644,000. As part of the study, S&T researchers like Baojun Bai, Shari Dunn-Norman and David Wronkiewicz are trying to figure out how carbon dioxide can be disposed of in Missouri’s predominantly shallow geological features.

“We are looking very closely at the geological features to determine things like porosity and permeability,” says Dunn-Norman, professor of petroleum engineering. “We need to know how much carbon dioxide the formation can hold, and the economics of storing it.”

Utility companies around the country are commissioning similar studies due to the potential for impending government regulations. The end result, according to Summers, is that the cost of energy will go up significantly. 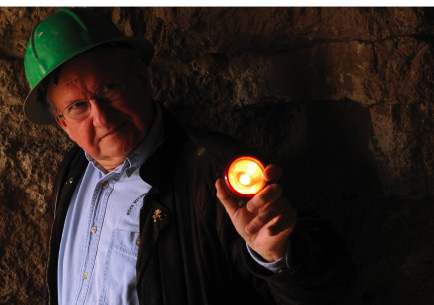 “In Missouri, 85 percent of the electrical energy comes from coal,” Summers says. “Wind and solar don’t really work here. All we’ve got as an alternative right now is biofuels. Coal is going to have to get us through the next 30 years.”

Much of the world is in the same boat. We have a couple of hundred years of coal left, and most, if not all, of it will likely be used — whether it’s “clean” or not. “A lot of countries are going to continue to rely on coal regardless, because that’s all they’ve got,” Summers says. “They’re not going to import expensive sources of energy.”

In the United States, current legislation calls for a nationwide cap on carbon dioxide pollution. Companies and utilities would be given carbon allocations. When a particular entity produces less than its allotment, it would be allowed to essentially sell carbon credits to other entities that need to produce more emissions.

Summers is skeptical when it comes to the effectiveness of so-called cap-and-trade regulations. “Regulations in this country won’t matter when it comes to climate change,” he predicts. “The rest of the world, including India and China, will still be burning coal. And more of it.”

The realities are sobering. But Summers also finds the debates and engineering challenges associated with energy concerns fascinating. He has been a contributing author to a popular energy blog called The Oil Drum and he recently started a new blog called Bit Tooth Energy.

Summers is a fan of extracting oil from algae as a biofuel. But his roots are as a coal mining engineer and as such he is part of a new research initiative at Missouri S&T that would create the Power Institute for Clean Coal. The institute’s mission would be to help reduce the environmental impact of coal during every step of its usage — from the mine, to the power plant, to sequestration. Muthanna Al-Dahhan, chair of chemical and biological engineering, is one of the leaders of the campus initiative, which may potentially draw on the knowledge of more than 40 experts in a wide range of engineering and science disciplines.

If the problems associated with coal and pollution are to be finally solved, chances are good that some of the key problem-solvers will be found at Missouri S&T. But when it comes to future successes involving the sequestration of carbon dioxide, Summers leaves us with one last warning. “We don’t want to remove all of the carbon dioxide pollution from the air,” he says with a grin. “The plants need it.”