How many daze? There’s an app for that

Wondering how long it is until the next St. Pat’s Celebration? There’s an app for that. 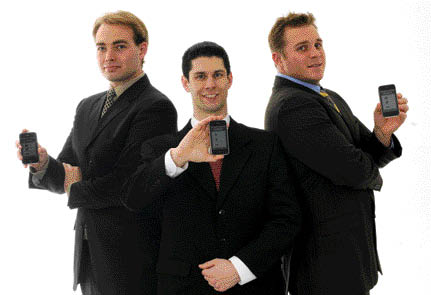 A group of Missouri S&T students has developed an iPhone application that counts down the number of days — or “daze,” in St. Pat’s parlance — until the next annual shindig. The free app, released last November, is one of two iPhone products released by Interdisciplinary Design Collaborative, a student-run company founded in 2008 by Michael Orlando, IDE’09.

“We wanted to make something to let everybody know there was someone on campus making iPhone apps,” says Orlando, now a graduate student in engineering management. “We thought, ‘What better way than St. Pat’s to get everybody’s attention?’”

When activated, the application launches an audio file of students announcing how many days until the next “St. Pat’s best ever.” Orlando’s company worked with members of the campus’ St. Pat’s Celebration Committee to record the audio clips. The app is available for free to iPhone users through Apple’s App Store or via iTunes.

Just before the holiday shopping season, IDC released a second application — called “barcodescan” — that allows users to scan a product’s barcode to get pricing information and user reviews. The app uses the iPhone’s camera to take a picture of the barcode.

Working with Orlando, who is the company’s CEO, are chief administrative officer R.J. Miller, a senior in interdisciplinary engineering and graduate student in engineering management, and Colby Hall, an MBA student, who is the chief operating officer. Ten Missouri S&T students are on the IDC payroll. Check the company’s website, www.idesignco.org, for news on upcoming mobile products.