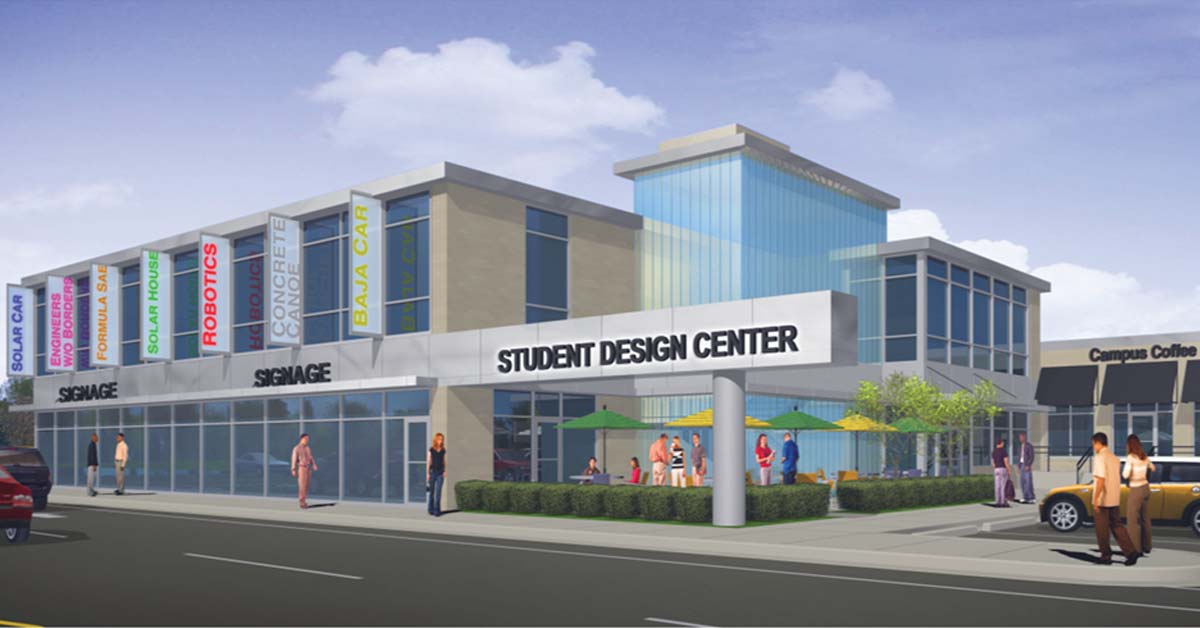 Work is under way on a new — and much larger — facility to house Missouri S&T’s student design teams.

The university will renovate the Miner Recreation Building, which is located on the northwest corner of 10th Street and Bishop Avenue, across from Missouri S&T’s Gale Bullman Multi-Purpose Building.

The university had already raised $1.5 million of the $2.75 million needed to complete construction when Fred and June Kummer of Huntleigh Village, Mo., contributed $1.25 million for the center, which will be called the Kummer Student Design Center. The Kummers’ gift ensures that work will begin this summer with completion by December 2010.

Rolla will once again have a place in the sun as an overnight stop for the American Solar Challenge, which Missouri S&T won in 2003.

Last fall, race organizers announced that Rolla would be one of the stops for the 2010 American Solar Challenge. The race begins June 20 in Tulsa and ends near Chicago on June 26. Solar-powered vehicles from North American and European colleges and universities, including Missouri S&T’s entry, will stop in Rolla on June 23. Other checkpoint locations along the 2010 American Solar Challenge route include Neosho, Mo.; Topeka, Kan.; Jefferson City, Mo.; Alton, Ill., and Naperville, Ill.

Missouri S&T students have been designing, building and racing solar-powered cars since 1993. In addition to the 2003 championship, S&T students won Sunrayce’99 and have raced their sun-powered cars in competitions around the world.