Missouri S&T’s EcoCAR team unveiled its entry for EcoCAR: The NeXt Challenge during a ceremony last October at the campus’s E3 Commons. The S&T group is one of 17 university teams from the U.S. and Canada involved in the competition, which requires each team to re-engineer a 2009 Saturn Vue to become more energy-efficient. The S&T team plans to turn the Saturn into a hydrogen-powered vehicle. 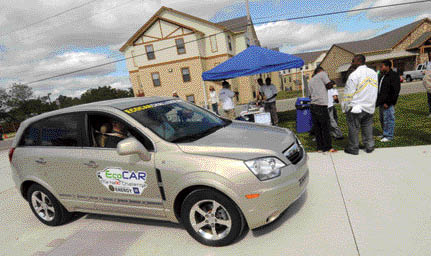