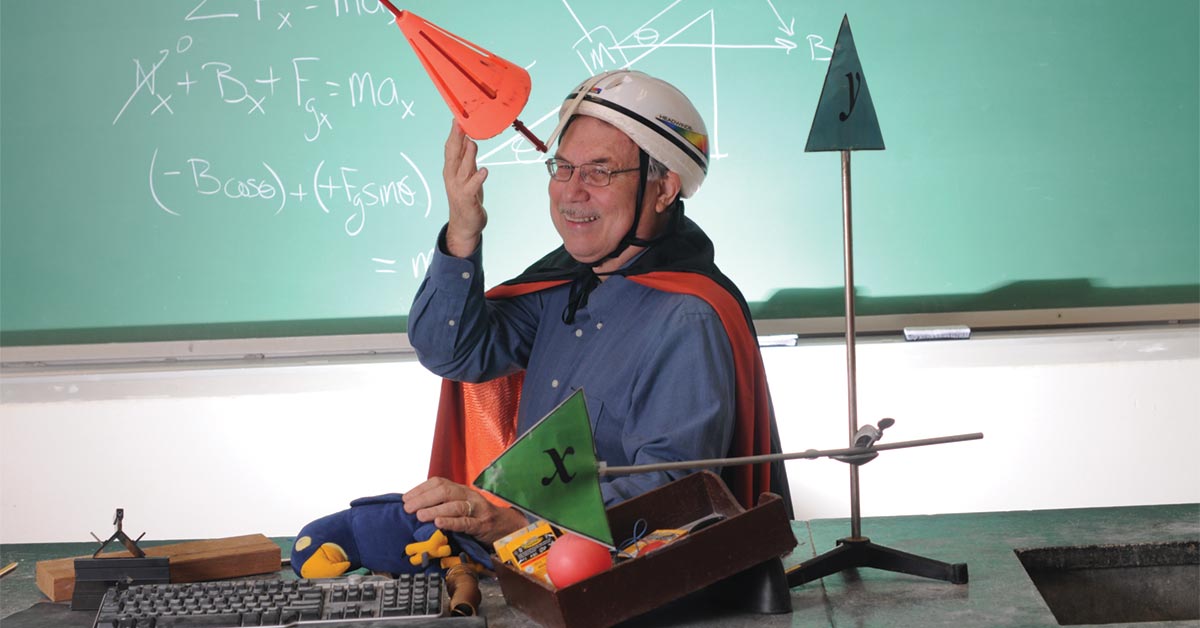 My first interaction with Ronald Bieniek occurred in the fall of 1996, a few days after my first Physics 23 exam. I got a “D” on the test and I was very upset. After all, this was the first D I had ever gotten on an exam. It wasn’t supposed to happen because I had been a top high-school student, I was good at physics (or so I thought), and I had studied the night before the exam. I explained to Professor Bieniek that clearly there must have been something wrong with his test.

Any professor would have been well within his rights to dismiss an immature, hot-headed student like myself with a roll of the eyes and a firm admonishment to study harder, attend office hours more frequently, and take ownership of his own learning. Fortunately for me, Bieniek was much more patient. He asked me a series of questions that forced me to admit some hard truths about myself. Had I studied for the exam prior to the night before? I had not. Had I been coming to the Physics Learning Center? Because the times conflicted with my work-study job, I had not. He then walked me through the exam and showed me where I went wrong — straying from the Expert Method he taught in his lectures. I was relying on my inadequate high-school physics methodology and, as a result, I ran into many pitfalls.

In the weeks that followed, Bieniek met with me one-on-one to discuss the problem sets. I eventually dropped my old habits and adopted the Expert Method, and my homework and quiz scores steadily increased. He advised me to meet with someone at the Counseling Center to learn how to improve my study habits. I began studying for the exams at least a week ahead of time, I studied alone rather than with boisterous groups of friends, and I stopped cramming on exam day. My test scores increased by one grade point every exam, culminating in an “A” on the final. I earned an A for the course.

After my hard-earned A in Physics 23, I switched majors from engineering to physics. After I graduated, I was accepted to the University of California, Berkeley astrophysics graduate program, where I earned a master’s and a Ph.D. In 2007, I earned an NSF Postdoctoral Fellowship. This fall I became an assistant professor of astrophysics at California Institute of Technology. My success to this point was made possible by hard work, excellent advisers and a heaping portion of good luck. Luck that began on that fateful day I stormed into Professor Bieniek’s office. On that day I found an excellent adviser who I’m now proud to call a friend. He taught me the true meaning of hard work and set me on a path that has led me to success beyond my imagination. And for that, I am deeply grateful.

John Johnson, Phys’99, a former resident of Honolulu, recently moved to Pasadena with his wife, Erin, and sons Marcus and Owen to become an assistant professor of astronomy and astrophysics at the California Institute of Technology.