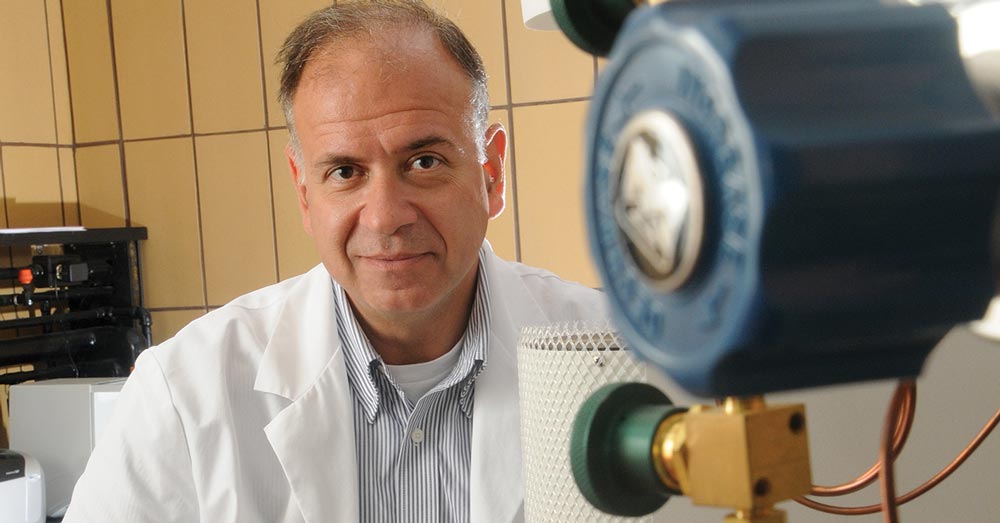 Recent experiments to create a fast-reacting explosive by concocting it at the nano level could mean more spectacular firework displays. But even more impressive to the Missouri S&T professor who led the research, the method used to mix chemicals at that tiny scale could lead to new strong porous materials for high-temperature applications, from thermal insulation in jet engines to industrial chemical reactors.

Led by Nicholas Leventis, professor of chemistry, the researchers created a new type of flammable nanomaterial by combining an oxidizer (copper oxide) with an organic fuel (a resorcinol-formaldehyde polymer, or RF). Nanomaterials are made from substances that are one billionth of a meter – the size of a few molecules. The new nanomaterial burned rapidly when ignited by a flame, leaving behind minimal residue.

Leventis’ research is based on the idea of improving the performance of so-called low-order explosives like gunpowder by mixing the oxidizer and fuel as closely as possible – at the nano level, nanoparticle to nanoparticle. But Leventis is more excited about the “very far-reaching implications” of the experiment.

Mixing materials at the nano level may lead to stronger substances, because the two materials may be more closely woven together. Leventis sees this approach leading to such materials engineering breakthroughs as the development of microporous ceramics that can hold up under extremely high temperatures.

The more immediate application of this research could be in pyrotechnics, Leventis explains. Fireworks are considered low-order explosives, meaning that their reaction rate can be improved by mixing the oxidizer and fuel as closely as possible.

The research was reported in the April 8 issue of the Journal of the American Chemical Society as well as the online edition of Nature Chemistry.

Working with Leventis at S&T were Chariklia Sotirou-Leventis, professor of chemistry, and Naveen Chandrasekaran and Anand G. Sadekar, both graduate students in chemistry.