Greening in a bottle 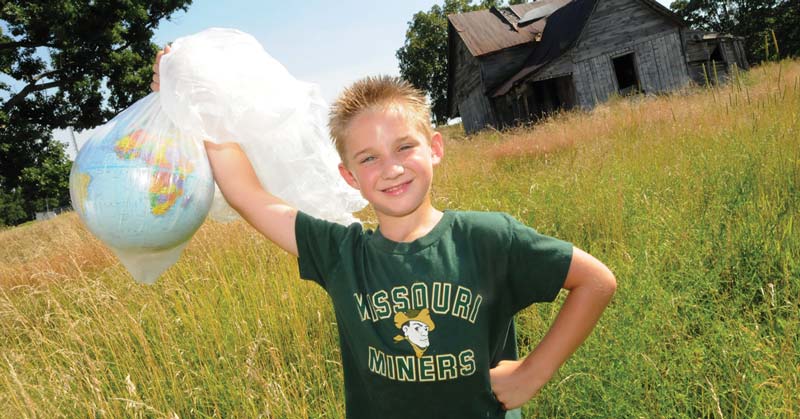 Every year, more than 30 billion water bottles are added to America’s landfills, creating a mountainous environmental problem. But if Missouri S&T research is successful, the plastic bottles of the future could literally disappear within four months of being discarded.

A research team led by K.B. Lee, professor of chemical engineering, is constructing new breeds of biodegradable and bioavailable plastics in an effort to reduce the tons of plastic waste that ends up in the nation’s landfills each year. Bioavailable plastics contain substances that can be absorbed by living systems during their normal physiological functions.

By combining and modifying a variety of bio-based, oil-based and natural polymers, the team seeks to create optimal blends that can be used to make agricultural films, bottles, biomedical and drug delivery devices, and more.

The team is working to improve the properties of the biodegradable plastics for real-life products. Although companies already sell biodegradable polymers, the products are often expensive, of poor quality or developed for specific applications. That’s why the team is investigating how bio-based fillers, such as starch and fibers, can be included to reduce the cost in a variety of commercial applications.

Some of the group’s new polymers incorporate renewable resources, such as polylactic acid, which is created by fermenting starch. Team members are very interested in renewable resources because their research and development efforts are also focused on developing efficient and cost-effective biodiesel and corn ethanol processes.

As polylactic acid degrades, the material reacts with water to decompose into small molecules, which are then mineralized into water and carbon dioxide.

“In general, the main end products of polymer degradation are water and carbon dioxide,” explains Mahin Shahlari, a chemical engineering Ph.D. student at Missouri S&T. “Polylactic acid has the potential of replacing the regular water bottles, and we anticipate that our research could be incorporated into that field too.

“We are not just molding and extruding commercially available biodegradable resins. We also are incorporating nanotechnology, supercritical fluid technology and graft copolymer compatibilization, most of which are developed and patented by our group.”