A blast from the past

Countless Missouri S&T alumni say they are who they are today because of the lessons they learned through college sports. Many still feel a personal connection to their coaches, who shared as many life lessons as they did tactical ones. Missouri S&T Magazine asked a few of our alumni to share their thoughts on four campus legends. 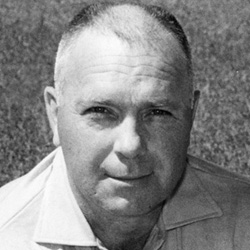 I first met Dewey in the fall of 1960. He was the line coach on the football team and I later discovered he was also the head basketball coach. He invited me to play basketball and I never knew if it was because we had hit it off so well or if he was just trying to see if there was a sport I could play well.

Any varsity athlete will look back on the college years and realize they spent more time with their coach than with any other authority figure on campus. I really doubled that because of playing two sports for Dewey for four years.

When I was asked to give talks on leadership, Dewey was always an example I used of one of the best leaders I had the privilege to know in my life. He had those attributes of impacting others’ lives positively and doing it over an extended period of time and sublimating his own goals to do it. He was in a profession that measures itself by wins and winning percentages. Yet Dewey spent the bulk of his career at Rolla where the classroom was king. He had to coach in an environment that committed fewer resources to the sport than any other college in our conference. One that, one year, effectively prevented many sophomore players from traveling on Saturdays as half of the physics labs were scheduled on Saturday mornings and the physics department had a no-makeup policy. Yet he made it exciting to play and we were competitive more often than not.

In spite of all these “handicaps” when I had the chance to emcee Dewey’s retirement dinner I was impressed at the turnout of both former players and other coaches. The crowd spanned four decades (‘50s-‘90s) and all had been positively impacted by Dewey.

And perhaps the most telling example of Dewey’s strength was when we broke ground for the construction project at the stadium. It was several years after he had retired. The entire football team was in the stands for the ground breaking and they filed out when the ceremony was done and all lined up and shook Dewey’s hand. The impressive part was that I believe he knew each one by name. 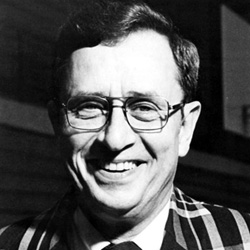 My association with Coach Billy Key started in April of 1974.

As a sophomore at Crowder Junior College I was being recruited by Missouri S&T and Southeast Missouri State University, both of which were in the Missouri Intercollegiate Athletic Association. After visiting both schools I chose Missouri S&T because of one thing coach said, “My objective is to graduate 100 percent of my student-athletes.” That statement made my decision very easy, because in my mind I knew that Coach Key had my best interest at heart.

With 34 years passing, the opportunities I have been blessed with, I conclude that Coach Key had a great plan. Coach always had a great plan. We knew he would, therefore all we had to do was execute it. There were times we did not execute the plan to his satisfaction and of course he would stomp his feet on the floor and stand straight up, and after a few well-thought-out words, we would get our lesson in accountability.

After our playing days, we all thought we were pretty good. We were young and inexperienced. As we got older, Coach Key got smarter. The impact of my association with Billy Key has been paid back to me and my family a hundred fold. Without Coach Key in my life, the personal and professional success I have achieved would be minimal. He gave me the foresight to be a better person, a smarter person, and a more compassionate person.

I have great love in my heart for Coach Key because he has made a great impact on what I am today. 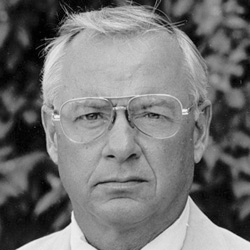 Coach A.C. “Bud” Mercier often introduced himself as “the poor man’s friend.” He was the friend of the athlete with more desire than talent as well. During the first week of two-a-days during my freshman year, I overheard him at lunch telling Coach Allgood about me, “There just has to be a spot for him. He wants to play so bad.”

I wasn’t the only Miner football player whose chance to play was a result of Coach Mercier’s lobbying. Fred White, ME’71, was one of the finest defensive backs ever to play in the MIAA. Fred showed up unannounced on the Trailways bus with Frankie Winfield, ME’71, an offensive guard recruited from the Kansas City area. Under the tutelage of Coach Mercier, Fred White became a legend to those of us he played with.

He recruited Steve Kubiak, NDD’72, who told me that his entire high school football career consisted of four games played at defensive end. “Kubi” said that when he came out for Missouri S&T football he didn’t even know all the rules, and had to have the concept of downs explained to him. Coach Mercier recognized Steve’s athleticism and desire. Steve Kubiak has held the single game rushing record at Missouri S&T for 36 years. A generation after I graduated Coach showed me the letter he received from a Sumner High School student that was written on notebook paper and said, “I’m 5 feet 7 ??? inches tall, I weigh 144 pounds—wait, wait—don’t throw this letter away, I can two-hand dunk a basketball and they call me the Hit Man.” Coach kept a photo of Lloyd “the Hit Man” Flowers, CE’88, returning an intercepted pass on the hearth at his home until his fires went out in 2005.

When I told him I was going to medical school, he said he was proud of me, and that I should always remember the fears, anxieties, and concerns that my patients would experience. “When that father calls you at night concerned about his little girl, put your pants on and go see about her.” I promised him I would and I try to extract the same promise from medical students assigned to work with me.

During the “Great Ice of 1991” he laughed when I told him how many times I was falling trying to walk up my driveway when I got home in the evening. He hung up the phone and drove an hour and a half to deliver a pair of his golf shoes to get me up that hill. When I called and told him I had cancer in 1994 he made the same drive to my office, went into an exam room with me, and told me, “I wish I could take your place.” Eleven years later, he did.

He taught us Ozark colloquialisms, wore bell-bottom trousers that we thought were about three inches too short, stomped on his hat when we gave up touchdown passes, and molded a cohesive defensive backfield out of players who were deemed a bit too slow or too small to play for other teams or other coaches. He was honest and fair with us. When we screwed up he told us we screwed up. He praised our successes and we reveled in that recognition. When he occasionally screwed up or reprimanded us unfairly, he apologized. He taught us that as individuals we could overcome many of our shortcomings, and that as a team we could overcome each other’s shortcomings. Brotherhood, commitment, and respect flourished in the defensive backfield. I suspect that anyone who played for Coach Mercier will never deny the “underdog” the chance to show they can do the job. 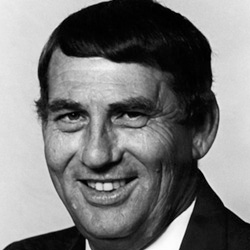 In addressing the leadership and coaching of Charles Finley, I am reminded of his truck: a gray Ford F150. It was tough, reliable, and dependable but had an interior that was soft, comforting, and above all else, watchfully caring.

Before coming to Missouri S&T, I had known Coach Finley for my entire life, as a genuine friend of the family, the husband of Mrs. Finley, and the father of Ginger and Angie. He and my father had played football together at Southwest Missouri State University. In my formative years I viewed him as a mentor, not as a coach but an advisor, motivator, and storyteller.

On Feb. 23, 1983, Coach Finley came to my family’s home to ask if I would play football for Missouri S&T, then UMR. He asked if he could be my advisor, motivator, storyteller and coach. Though I loved the game of football and dreamed of “going pro” like every else on the team, Coach had realistic expectations. He knew education was a passport to success for me and for most every player. He knew my life desire was to be a physician. He knew that Missouri S&T would be the best place for me to accomplish my goals.

I frequently wondered why intelligent men don’t grow big, aside from a few freaks. Every August we reported for the weigh-in, hopeful the team’s total mass would reach a ton. What a task Coach Finley had to motivate us not only to play, but to compete. We were overachievers and we were pigmies. You guys remember: the tiny Miners, or we may be small but we can’t jump, or we may be small but we’re slow, too! When that gun sounded, the other teams wondered what had happened, were we like a bunch of spider monkeys all over them. We were motivated not only to compete, but to win. This motivation came from our leader, Coach Finley.

I remember Thursdays running through special teams on the field with Coach Finley in the press box yelling indiscernible muffled comments to the field. More than once I am sure we all thought our first name was “Damnit.” Motivational and correctional talks were to follow, with Tums dust on the corner of his mouth and that big blue vein bulging over his temple. Most of the time we got it, but sometimes it was like listening to Yogi Berra. Does anyone remember Coach’s lecture on averages? “Men, there are some that are more and some that are less and somewhere in between, well, that’s the average,” Coach would say. Fortunately this was not an epiphany for most of the engineers in the room.

Just like his advising and motivation, his coaching was pragmatic and common sense; nose to the grindstone, trickery, misdirection, three yards and a pile of dust, “knock them in the dirt,” he would say. His coaching was tough and his expectations were high. Above all else you had to make your grades. We only practiced seven hours a week. I spent more time studying for one test than I did in a week’s worth of football practice, but we were good.

Whether we know it or not, Coach Finley’s attributes are with each of his players today. Practice smart, keep your nose to the grindstone, three yards and a pile of dust and when life needs it, use misdirection and a little trickery.