On Jan. 1, 2008, our university will become Missouri University of Science and Technology (Missouri S&T). Our new name will reflect this university’s mission as one of the nation’s leading technological research universities. 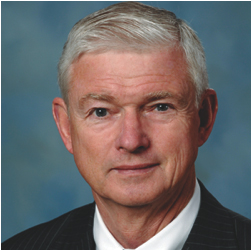 While our name will change, our mission remains clear: to prepare tomorrow’s engineers and scientists to address the challenges of the future.

We aren’t waiting until students enter college to start teaching them about science and technology. This past June and July, for instance, hundreds of pre-college students attended summer camps here to learn more about engineering, science, technology, business and other topics. They came to build robots, invent their own amusement park rides, study space exploration and alternative energy, design bridges, blow things up (see page 11), and get a taste of college life. For the first time ever, we even had first- and second-graders on campus through our involvement with Camp Invention, a national program that promotes science among our youngest learners.

Developing a greater interest in science and technology among young people is key to our future economic vitality. While less than 5 percent of graduating high school seniors show interest in studying engineering and technology in the United States, nations like China and India award tens of thousands of engineering degrees each year. By involving young people in these summer camps and other programs, we hope they’ll learn – by doing – that studying science and technology is both important and interesting. The work of engineers and scientists elevates the quality of life on planet Earth.

That’s why we’re devoting so much of this “State of the University” issue to these programs. We want to give you a closer look at how we’re expanding interest in engineering, science, and technology – for both the betterment of this university, and for society at large. Also featured in this issue is our student chapter of Engineers Without Borders (EWB), a humanitarian organization with 121 student chapters nationwide that is shaping the future for the less fortunate in nations like Bolivia and Guatemala. Though only three years old, our EWB chapter is one of the nation’s most active.

It’s also one of the fastest-growing student organizations on campus – an indicator that many of our students are concerned about using their knowledge and skills to build a better tomorrow.

Universities like ours must inspire future generations to study engineering, science and technology. Our future depends on it.